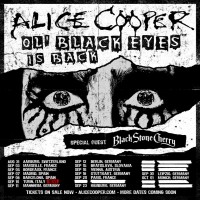 After a(n unpredictable) long pause, the "hunt" continues with a fair dose of concerts in the middle of September. I had planned to attend four events in just 7 days. Being somewhat rested, I could begin this run with the furthest trip this year (by a car on my own): 450 km to the Incheba Expo Arena in Bratislava (capital of Slovakia) to see the legendary Alice Cooper. Driving there was quite a challenge, involving a couple of traffic jams, Slovenian-Austrian border queues, etc. All these inconveniences on the road prolonged my trip for almost 2 hours. After more than 6 hours of driving, I arrived on the scene right on time, 30 minutes prior to the official beginning of the main act's performance, consequently missing the set of the support band, Black Stone Cherry. 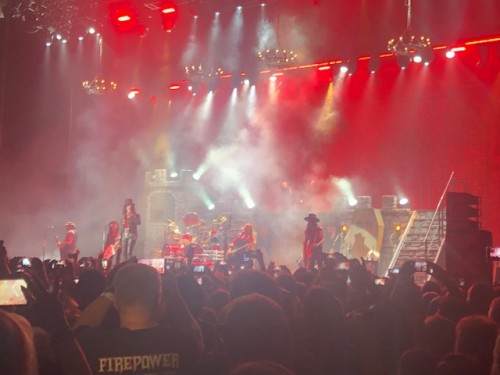 Alice Cooper started his musical career in the unimaginable year of 1964?! Just the thought of that is simply astonishing. The man is an icon of music - part of the hard rock/metal scene for such a long period of time, releasing almost 30 studio albums, having performed thousands of shows, and, at this age, showing no indications of settling down at all. Even though I don't have the biggest interest in his music, I still have planned to see one of his shows for quite some time, as these are special in their own way. That - plus the fact that over the last few years (except in 2016) the touring cycle did not stop any closer to me than Vienna, Bratislava, or similarly ranged cities - is why I attended this one. And, of course, to expand the territory covered in my run and explore new venues. 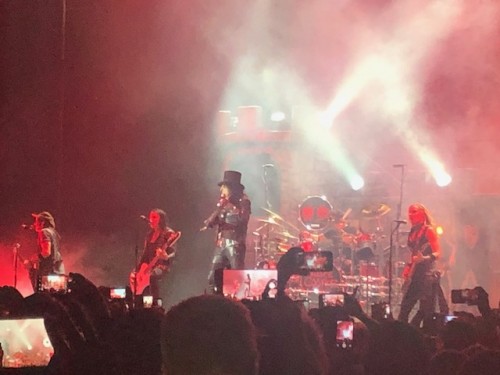 The venue where the concert was held, Incheba Expo Arena, holds around 4,500-5,000 people; in this case, most of the available capacity was utilized. Despite being 71 years old, Alice Cooper's enthusiasm and motivation for touring around the world has not ceased - not even close. He was backed by his band consisting of three guitarists, a bassist, and a drummer, and the stage was set up with the expected Alice Cooper-style scenery. Even though Alice is the main character of his band, he was not the only one who got a full share of approbation from the crowd; there were a handful of moments during the show that guitarist Nita Strauss received a strong response and cheers from the audience. It was quite curious. Leaving this aside, the whole show was pretty good from a perspective of general sound and the band's performance/attitude onstage. It could be sensed that they function very well together. That would apply especially to Alice himself, to whom a show is basically a daily routine. 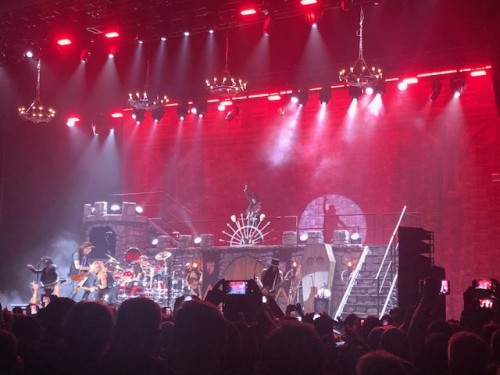 It might be a bit strange or unusual, making such a long trip to see a musical act that doesn't present any particular interest to me personally nor would tend to overwhelm me. But it's Alice Cooper, after all, an elder of hard rock music and claimant to quite a few classic-sounding tunes as part of his lengthy repertoire. All in all, I'm satisfied and glad that I went to see this gig. Making this long trip as another expressly executed one, it took me less than 13 hours.

Just two days after the exhausting express trip to Bratislava and almost 11 hours of driving altogether, I was headed back to our main city for a quite an intriguing gig. Polish black metal masters Mgła were on the menu this evening. Mgła have been on the scene for quite a while now; the recognition of their music, however, has risen among the fair portion of black metal bands in recent years. And with their latest album, Age Of Excuse, they've strengthened their position.

This touring cycle through European cities brought many people to attend their shows, which also resulted in a few sold out ones, and one of those was this one in Ljubljana. I believe, justifiably so, that the booking agency, together with most of the organizers, did not expect such a response; most of these clubs where the concerts were held don't have capacity in excess of 500. This particular venue in our main city is limited to around 350. And it was packed. Unfortunately, it was not the outcome I enjoy at gigs in general. I can adapt to many things, but this is one of the rare things that bothers me while attending any kind of live show, whether there are 100 or 100,000 attendants. 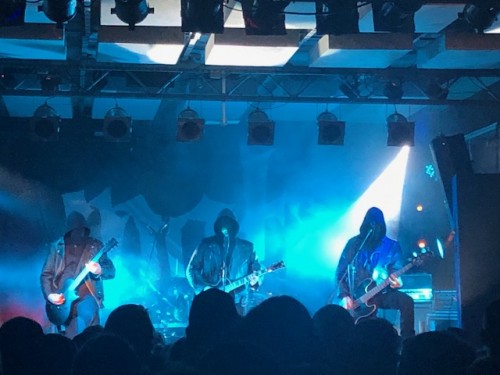 The band put on a very solid performance, with around 70 minutes of relentless black metal shredding, right up my alley - although, that being said, I could not enjoy the whole show the way I normally do, having my desirable spot to embrace the acoustics of the venue as best as I can and concentrating only on the band's music and performance themselves. And as I'm a bit claustrophobic in nature, I couldn't hold on long in the middle of the fully packed venue, so I had to move back to the last rows, being unfortunately distracted by other things, especially the view of the stage. 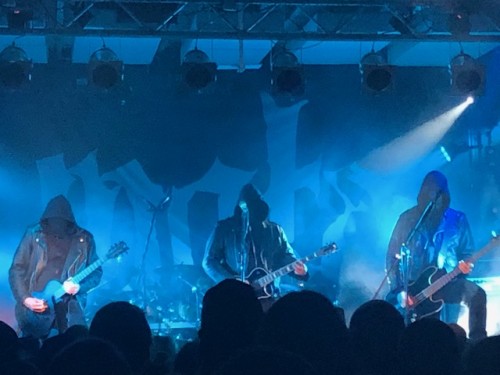 More than half of Mgła's set list surprisingly consisted of the Exercise In Futility album. "Suprisingly' applies in this case due to the fact that they put out the Age Of Excuse record just a few days prior to the beginning of this tour. Nevertheless, the execution of the Polish quartet happened to be at a very high level; they were an unstoppable blaze of guitars and blasting drums swarming all over the place. So I definitely cannot complain over Mgła in the context of performance. The bittersweet feeling stays, though, due to the complaints pointed out above.