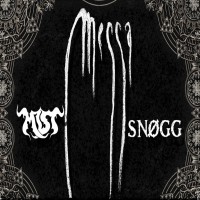 So, here we are, back on track, I guess… at least for a couple of months ahead. Although the years 2020 and 2021 were not packed with events due to (a) well-known reason(s), I’ve still managed to attend a couple of shows (7-8 per year). Now that everything regarding the concerts runs normally (at least in the majority of countries), there is definitely a lot to catch up on: the newly announced shows, as well as the postponed ones from the recent years, have now accumulated on my list, consequently meaning that I have a bunch of gigs to attend in the coming months. Despite this being a “heavily” metal-related webzine, I hope you won’t mind me smuggling in a couple of nonmetal concert reviews.

Breaking the ice of the month April are the Greek "psychedelios" Naxatras. This was not my first live encounter with them, since I had seen them back in 2018 just a couple of miles away from this venue. While I wasn't very familiar with their music back then, I was a little bit more prepared for this second time, especially coming off their latest album, IV, which was promoted on this European trek. Serving us with their alienating tunes and delusional vibes, Naxatras offered a nearly two-hours-long (!) performance that simply blew us away. Yeah, this psychedelic rock/metal band can provide a hell of an atmosphere. At some point it felt like there was no break in between, just one loooong, never-ending track. The venue, although not particularly big (max. capacity around 200-250), was nearly packed, with the crowd giving the band all-out support. A very pleasant evening with a quality performer and sound above all.

The name Hans Zimmer is and should be known to all in the cinematic world, since he is one of the biggest and most appreciated movie soundtrack composers and, as of recently, a two-time Oscar-winner for Best Original Score (for The Lion King and Dune). Of course his musical creations are involved not only in movies, but also in documentaries, TV series, and other projects. Aside from being busy in different fields, Zimmer also performs live on the stage with his full orchestra/band featuring world-class musicians, including, among others: cellist Tina Guo, violinists Molly Rogers, Leah Zeger, and Rusanda Panfili, guitarist Guthrie Govan, flautist Pedro Eustache, bassist Juan Garcia-Herreros, etc. The Hans Zimmer Live experience is an astounding 2-hour-and-45-minute-long musical journey, bringing to life many well-known scores in their extended editions: The Dark Knight Rises, Inception, The Lion King, Dune, Man Of Steel, The Last Samurai, Dunkirk, The Pirates Of The Caribbean, and so on, eventually concluding with Zimmer's mellow piano performance of "Time". Although it might be predictable, for me, the 12-minute-long version of The Pirates Of The Caribbean tops them all and is nothing less than magnificent. The evolving and meandering of these compositions, gradually bringing up the tension till they end - it’s something that can be crafted only by the most talented and innovative composers and musicians. And having such an incredible ensemble… the excellence of the musical execution has here no limits.

Ah, Messa. I’m so glad that I had stumbled upon this band and their Feast For Water album back in late 2018, which consequently gave me the opportunity to catch two of their shows in 2019. They are such an enjoyable band to see/listen to live. Given that those two appearances (especially the first one) were among the most memorable shows that year, in which I attended almost 50 shows, I can guarantee that you won’t regret seeing them. On this tour, the four-piece presented a couple of new songs from their recently released record Close, as well as some older pieces. The very talented guitar player/jammer Alberto Piccolo and enchanting yet powerful vocalist Sara Bianchin are the driving force of this band. They are a really humble band that creates such a mesmerizing atmosphere from the very first till the last second of the show.

The conclusion of this article is the heaviest segment, inviting up to the stage the mighty Polish death metal machine Vader. Even though these veterans are known for their constant touring around the globe, this was the first time I caught them live. It was one of the events that was postponed multiple times from 2020. In their almost four-decade-long career, Vader have been one of those bands that constantly releases albums. Up to now they have put out a fair quantity of music, and therefore I assume it can be difficult sometimes for them to assemble a proper setlist out of their whole repertoire. For me personally it doesn’t really matter, as long as the performance slams and the sound works within the normal limits. As I have probably pointed out in the past, this venue, which is also one of the most common ones I visit, is the loudest one, regarding the overall sound. And when a death metal band performs there, well, you can imagine. I’m not a particularly big fan of Vader or their music, but the show itself and their performance were solid.