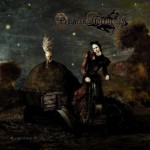 With these specific "feature" articles we will make you hot for upcoming albums, events and most major festivals... or at least we'll try to. The main goal is to give you all a more personalized, yet fair pre-review of the particular subject.


Have you heard about Pensées Nocturnes yet? Yes? No? In a past life time perhaps? Either way, keep reading...

...'Cuz the band will be releasing its new album at the end of March. And we want you to check it out. Seeing the band's - which is actually a one-man project - debut Vacuum was rather well-received around the board, and seeing the two preview tracks totally rock - well uh, maybe not exactly, as we're talking "depressive black metal with classical-music influenced piano melancholia", as Lucas aptly described them - this release is definitely worth generating some buzz.


Almost a year after the release of Vacuum, mastermind Vaerohn is arising again from the filthy French black metal underground to unleash Grotesque upon us - aka the sophomore release of Pensées Nocturnes (which is French for "nocturnal/nighttime thoughts" - in case you were wondering and to damn lazy to grab "le dictionnaire Français-Anglais").


The two tracks "Thokk" and "Paria" - which could just as easily be entitled "Anguish" and "Torment" - are sounding quite mid-paced black metal-ish, totally antidepressant-resistant, and with a certain momentous classical feel to it. This is the kind of stuff that creeps you the fuck out, making you want to crawl up in a ball on the cold floor, reminiscing how dreadfully impressive and horrifyingly magnificent this sounds.
...A promise of greater and grotesquer things to come! Is it March 27th yet?


Visit http://www.myspace.com/penseesnocturnes to check both songs out.

Here are the details again: 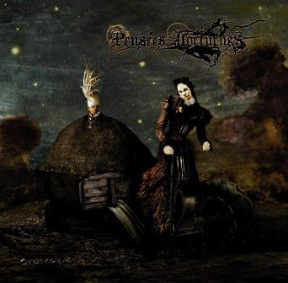