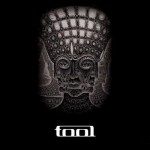 It's official. Tool are working on a new album.

I did my happy-chicken-dance in the front yard, creeping out the neighborhood once again, and was just about to publish a news article, but then...


But then my bubble of excitement was burst a little when I found out this information isn't really new. The band revealed the info in a newsletter back in March, yet somehow the word never got through to the news office of the Metal Storm Staff treehouse, because...


1) For some obscure reason, nobody gives a fuck about Tool anymore... And I didn't get the memo.
2) In this time of age, with all the MySpace'ing, Facebook'ing and Twitter'ing, nobody gives a fuck about official band sites anymore.
3) Everybody was busy being lazy/masturbating/listening to stuff-way-better-than-Tool that is too awesome to be bothered to send in the news.

So yeah, I had to hear this from MetalSucks for fudge cake, which is about the last metal-related website of the entire internet to get the news while it's still hot.


Anyway, in short, the guys from Tool have decided to write some new material for their fifth studio release... and that's about the best idea I heard all year. In said newsletter - which was obviously written when the acid was just kicking in - it is announced that the three minstrels of Tool sit down together in whatever wild place they write their music at least three times a week, and that nightingale Maynard James Keenan will join them as soon as the Puscifer tour is finished - which is right about last week.


This means that, while I'm busy writing a huge pile of bullshit, somewhere out there Tool are writing new tunes for the successor of 2006's - and, for what it's worth, Grammy Award-winning - 10,000 Days. Pretty exciting, huh.


I don't want to sound like a rabid, drooling fanboy here, but this will probably be nothing short of astounding. I mean, I highly doubt the band is working on their first not-awesome record in, uhm, pretty much ever. Fairly sure it'll be so amazing it will blow that Europe-sized volcanic ash cloud right out of the stratosphere in no time.


Fairly sure it will also take a long while until I can have sweet passionate sex with this album add the album to my CD collection. An early summer release for next year is pretty workable - quite possibly it'll be early 2012 though.


The band also talks about a possible US mini-tour this summer and some other off the wall ramblings I'm not drunk enough for to understand. If you like reading Dan Brown mysteries, head over to this location to read the full message.


All the rest can wet their pants in enjoyment one more time while I recapitulate: a new Tool album is coming its way.