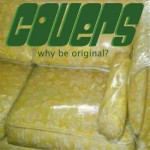 I am a huge fan of cover songs. While the vast majority of cover songs out there are rather lame and cover bands are a dime a dozen there are some pretty amazing renditions floating around. It is always interesting to see how one artist will take another's song in a new direction. Throughout the history of popular music there have been some cover songs that became more famous than the original (Hendix covering Dylan's "All Along The Watchtower" comes to mind instantly) and some that were just a flat out disgrace (like Madonna's insult to Don McLean).

Heavy Metal bands are no exception to this concept. Whether it is paying homage to the original artists, a new artistic statement or just flat out funny, Metal bands have their fair share of covers. For this list I wanted to look at Metal bands covering non-Metal songs. Many are just louder/heavier/faster versions of the original but every once and a while there comes along a cover that is really amazing.

After several months of research, study, and contemplation I was able to narrow my list down to what you have before you. While there are a number of songs that really great, these are the ones that won out. So I present to you The Best Metal Covers of Non-Metal Songs.

For those who know this band, you are well aware of how goofy and weird they were. While they wrote some killer tunes, and were themselves pretty serious musicians, Faith No More did have a twisted dark sense if humor about themselves. This cover of Commodores hit was a huge hit itself for the Faith No More.

"A Whiter Shade of Pale" was the 1967 debut song by the British band Procol Harum and to this day remains a monumental piece of music. There are over 900 cover versions of this song so when badass Zakk Wylde and his band covered it one would expect crushing sonic experience similar to being run over by the Hell's Angels. But not so...

When most people think of Fear Factory covering a song, "Cars" comes to mind, and while it is a great version (and maybe even better than the original) there is something about them covering U2 that is really appealing. There are so many Metal versions of so many U2 songs, and most of them suck but FF's version keeps the spirit of the original and adds some real power behind it.

A Finnish Symphonic Power Metal Super Group Cover Band? Yes, please! Oh and their version of hit theme song to Mad Max Beyond Thunderdome is freaking amazing! Out of all their covers this one I think has the most stand out potential from the rest.

So I have no idea who this band is. And frankly I am pretty sure that I will hate the rest of their material but this cover is hands down the most brilliant cover I have seen in a long time, and also the funniest. I was laughing so hard that I cried and knocked over my beer (which made me cry some more). Hearing Death growls about "flippy floppies" is priceless. And the King Dimond meets T-Pain character needs his own action figure.

FFDP was a band I really could've care less about but when I first heard this cover I was blown away and had to hear more of their music. Yeah, they still kind of suck, but this cover is amazing. It took an already classic badass song and updated it with their own little take on it. Oh, and if you have to ask who did the original, I will hunt you down.

Ah, Queensryche. One of the most underrated and neglected bands out there. While they have done many covers in the past (including an entire cover album) their take on this classic British ballad stands above all others. It shows off most of Geoff Tate's powerful vocal range and is just beautiful. The studio version was released as a bonus for Empire.

Yes, I know In Flames covered it. And yes, I know In Flames is a better band. But lets face it, Disturbed did a much better job with this song. One of the few post-Gabriel Genesis songs that I actually can stomach, Land of Confusion was already a hit with its catchy hooks and trippy music video. Disturbed updated the whole concept as their version reflected the current situation in the world and was fully realized in the kickass music video by Todd McFarlane.

Now maybe I am being a bit biased here as one of my favorite Metal bands covers one of my all time favorite artists (Neil Young) but there is something surreal and creepy about this version that is really powerful. This is a great example of a band taking a song that is vastly different from their style and totally owning it.


2. Dream Theater- Funeral For A Friend/Love Lies Bleeding
Love 'em or hate 'em, one can not deny the fact the Dream Theater is beyond talented. One of my favorite thing about the Prog Gods is that they do some really interesting covers. Having covered four albums all the way through live (Master of Puppets, Dark Side of the Moon, Made in Japan and The Number of the Beast) and playing numerous covers and medleys during their shows and often playing them with the original artists, I could have just done a list of my top 11 Dream Theater cover songs. But out of all of them, it is this Elton John duo that tops my list. Here is a rare video from the earlier days.


1. Metallica - Turn The Page
The original Bob Seger song is one of those tunes that I never thought anyone could do justice to if they covered it. But if anyone could, Metallica could. And they did! Keeping it the same tempo as the Seger version and making it heavier, Metallica had their longest running hit single. This cover brought the song into a whole new generation while paying tribute and respect to the one from which it came. The first time I saw the music video for this song I was blown away. It was a powerful short film in its own right, and the song really became the back drop for the story.

This is what a cover song should be. It holds onto the original spirit of the song while adding in the band's own personality. It is an homage to the original but exposes fans to the cover band. It is a difficult thing to make a great cover song, and Metallica did the best.

Written on 27.05.2011 by
Dane Train
Dane hails from Asheville, NC which is Beer City, USA. When he is not drinking various craft and micro brews, Dane fronts the Stoner Doom Metal band, The Quick. He also has a massive collection of Hellboy comic books.
More articles by Dane Train ››