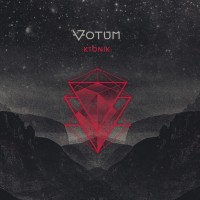 
Back by popular demand is the Song-By-Song Interview! We're ringing in the new era with Zbigniew Szatkowski of Votum to learn more about their impassioned and eloquent :Ktonik:.

Susan: What was the band's initial vision with :Ktonik: and how does that differ from what you created in the end?

Zbigniew: The album is exactly what we wanted it to be and what we expected. When we picked the recording studios, the mixing and mastering studio and the people to record and work with our tracks, we had had the end game in our mind. Before we even set our foot in the studio we had recorded the album twice to work on the details with a lot of help of our new guitars Piotr Lniany and his previous studio engineering experience. It helped to tweak the materials to the semi-final form. Than we picked studios best suited to record the sound of each and every instrument to get the desired feel. We did the same with the graphics for this album. We worked with Kuba Sokólski in the past and he's proven to understand what we want and how we work. That made the cooperation very open, optimal and efficient. Previously he had created the artwork for our Time Must Have A Stop, Metafiction, and Harvest Moon.

Susan: Could you please comment on any decision to order the songs they way you did and create the specific album flow?

Zbigniew: We've taken into consideration the overall mood, energy, tempo, lyrical content, theme, instrumentation of each song as well as the feedback based listening quality of the tracklist and order. No rocket science.

Susan: How did the new line-up expand possibilities for composition?

Zbigniew: I don't think it expanded possibilities for composition. It rather shifted the weight in what we do. The music grow darker, heavier and more emotional - the way we were slowly and gradually leaning towards before, but now I think we made a giant leap in that direction. Bart Sobieraj has a very emotional voice and Piotr Lniany has a distinct affinity for heavy playing. It just focuses our music on those components.

Zbigniew: The key point of this album is that it had a very specific atmosphere throughout as a whole it brings out the theme of submission and enslavement to modern days vices and social conditioning. Talking about it one by one would undermine their mood and thematic. Instead I'll say a few words on the creative process.

1. "Satellite" was one of the most important songs on this album because it created the base of the theme and the sound of the album, we wanted it to be thick, melodic and full of air. The blend of heavy and acoustic sets up the mood for the whole album.

2. "Greed" is the heavy, slow doom prog we wanted to incorporate into :Ktonik:. It had to be massive, slow, brooding, but with the delicate vibe we had had on the albums before. This is the first song that came back after pre-mixes and it instantly blown us away. We expected power, but the team responsible for our mix and master exceeded our expectations.

3. "Spiral" is the way we want our music to evolve in the future. Acidy, dark and grim. The colour of our dreams.

4. "Blackened Tree" is a way we wanted to communicate our softer side. It has become the counterbalance to "Simulacra".

5. "Simulara" is an aggressive, violent story on the submission and surrender to addictions we face in our lives. To social media, pornography, to all that makes imprisoned and weakens the willpower.

6. "Prometheus" is a link between the things we did in the past and to things we want to created from now. A time-bridge track.

7. "Horizontal" with 8. "Vertical" are two sides of the same coin, dark and subtle, but powerful. We wanted to make it overwhelming, but still leave the melodic vibe to it. It worked.

9. "Last Word" is a summary of what happened on :Ktonik:, a slow paced summary of this CD.

Posted on 19.10.2016 by
Susan
Susan appreciates quality metal regardless of sub-genre. Metal Storm Staff since 2006.