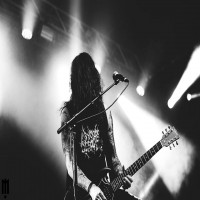 I've first heard of Downfall Of Gaia about four years ago when they were announced to perform at a festival I was attending. I was immediately convinced by the blend of black metal and atmospheric sludge that I wasn't very familiar with at that time, thus making Downfall Of Gaia a sort of gateway band for me. Now soon to release a new record, they decided to answer some of our questions over email.

RP: Ethic Of Radical Finitude is going to drop in a few weeks. What should we expect? How is it different from previous albums? What's it about?

D: EORF will be out February 8th and we are definitely pretty excited about it.
I would say that this record has a lot of elements of our previous releases to offer combined with the path we took on Atrophy. I would definitely say it's "the next step".
Compared to our previous record we gave the songs way more time to breath and unfold but without losing the path of "harsh aggression". Overall it was a pretty long and intense writing process and that's something you can hear I think. Ethic Of Radical Finitude is by far our most dynamic and melodic release to date. 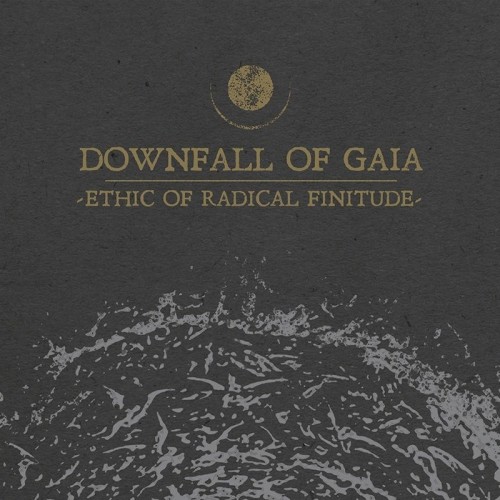 RP: Downfall Of Gaia, in some form or another, used to play D-beat at one point before evolving into the current sound. Ten years later, how do you relate to hardcore and would you consider having Downfall Of Gaia go back to a more hardcore sound for one release?

D: I guess we never really left that path for 100% anyway but I would say that going back is no option at all.
There will always be some nuances here and there and I guess it's is something that will always be part of our songwriting but going back to a straighter sound - I don't see this coming.

RP: One hardcore punk sound that your band is still associated with is crust punk. One of the music scenes I've covered on our website is German crust punk. Do you feel like Downfall Of Gaia is or should in any way be associated with the crust scene in Germany? Are there any bands in said scene you're familiar with and would like to recommend?

D: It's definitely where all of this started. Anton and me started making music together in 2006 playing squats and touring through the DIY scene. Back in the days we were part of a pretty alive European crust scene and a lot of stuff was going on. We were influenced by bands like Ekkaia, His Hero Is Gone, Leadershit, From Ashes Rise and alikes and it's for sure that these influences are a big part of what formed our sound.
It was an important chapter in our lives and nothing we want to miss but it was also important for us to move on and open our world for different influences, sounds and environments.

RP: You haven't released a split EP since 2011. Is releasing a split at this point in your career no longer viable or worthwhile?

D: I'm not a big fan of split EP's to be honest. Back in the days we just wanted to release new material as soon as possible after our first full length Epos. We wanted to have a constant output and to have our name out there.
I guess it was when we played Gotha in Germany when we met In The Hearts Of Emperors for the first time and we instantly became good friends. The idea of a split LP came up and everyone was directly into it.
I wouldn't say that it's not worthwhile at this point in our career but I absolutely prefer to focus on a full length, putting all my heart and energy into this one, creating a "whole something" instead of just one or two songs for a split record.

RP: It's been five years at least with your new drummer. In previous interviews, I've read about issues you've had to face due to him being from New York while you're in Germany. Has it gotten any easier in that time?

D: It's still a lot of planing here and there but it's something we got used to through the years.
Of course it's still very tricky to play just single shows. This is happening rarely and unfortunately we have to decline offers here and there. But that's what we knew before and it's totally fine for us. We simply focus on touring and due to that it's not a big deal at all living in two different continents.

RP: How are festival performances compared to touring performances for you? Seeing you guys perform at Rockstadt Extreme Fest in 2015 in the scorching sun seems a bit unfit for what I consider to be more night music.

D: I absolutely agree with you!
It's always a fun experience to play a festival but it's something completely different compared to a regular club show. It's a completely different vibe.
Unfortunately a lot of atmosphere / energy gets lost and this kind of music definitely needs the darkness.
But I guess that's clear to most visitors anyway and those people might join a show in a club another time to get the "full experience".

RP: Ethic Of Radical Finitude is the first Downfall Of Gaia album to feature a collaboration. How did it come to be? Is it because you toured together with Der Weg Einer Freiheit before?

D: Adding some guests to the record was something we figured out after all of the songs were written.
It just felt right to add these kind of "specials" to certain parts, it was pretty intuitive.
Der Weg Einer Freiheit and us toured together for the first time in 2015 and we've kept in touch ever since.
Besides being friends with Nikita and Der Weg Einer Freiheit i'm also a huge fan of the way how he is using his voice and how it's sounding. He came directly to my mind while we were searching for guests and I think his voice was the perfect fit for the melodies. We are really glad he was directly into it!

RP: Should we expect to hear you on the next Der Weg Einer Freiheit record now?

D: You never know what the future holds but on the other hand - wouldn't this be too obvious?

RP: Would you be interested in doing a full collaborative record with another band or artist instead of just having a guest on a track?

D: I don't know. Never really thought about it. I liked the Julie Christmas / Cult Of Luna collaboration.
I guess a whole record like this is something that can get kinda "special" and interesting when it's something "unexpected".
Working together with a completely different artist/genre, creating something else than your usual sound.

RP: We've already heard you on the new Karg album as well. How did that collaboration come to be? What must one do to have you guest on their music?

D: He just wrote me and asked.
J.J. [Karg, Harakiri For The Sky] told me about his new album, the idea of adding guest musicians and if I would like to be a part of it.
I really like what he is doing with Karg so I was directly into it. A few weeks later I went into the studio for the recordings.
Basically I just do stuff like this for the people and music I like so I guess in the end there is no accurate way to convince me. 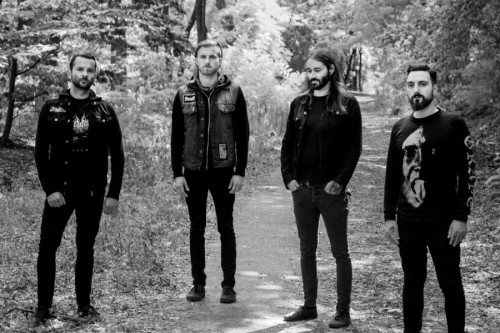 RP: If you could have either Agalloch or Altar Of Plagues reunite, which one would you choose?

D: That's a tough one! Both bands are two of my all time favorites.
I wasn't a big fan of the direction Altar Of Plagues took on Teethed Glory And Injury but records like White Tomb or Tides are definitely milestones.
Compared to Altar Of Plagues final record, The Serpent And The Sphere by Agalloch was an amazing masterpiece and it would have been great to hear what would have been up next. Due to that I guess it would be Agalloch for me.

RP: Speaking of Agalloch, which of the two bands coming out of their dissolution did you prefer: Khôrada or Pillorian?

D: I have to admit that I'm just familiar with Pillorian and didn't listen to Khôrada yet.
I guess i'm not able to give a proper answer right here but i'll definitely do my homework and will listen to Khôrada.

RP: You've recently released a music video for "We Pursue The Serpent Of Time". What was making that video like compared to the "Ephemerol" one or the "In The Rivers Bleak" one? How does that video tie in with your musical concept? Is your music really that depressing?

D: The video shows - i guess for some people in an offending way - the radicalism of finitude but with an open end, which is some kind of the special "gimmick" of the video.
Recently i was reading some comments on YouTube by a few people misinterpreting the material. It's is definitely not a video to worship suicide or depression in any way it's more about the theme of rethinking.
The making of wasn't that much different compared to the previous ones. Usually we aren't part of the filming process itself because it's not a straight performance video or stuff like that. As soon as we created the storyline, Andreas (editor) knew exactly what to do and how to do it.

RP: A few people have noticed similarities between your video and Harakiri For The Sky's "Heroin Waltz", mostly because you used the same actor. Is he supposed to play the same character?

D: For the video we worked together with Andreas Borsodi from Austria and indeed - he also did videos for Harakiri For The Sky. To be honest I had no idea that we will end up with the same actor until I saw the final product.
Andreas and me talked about the story line and almost everything else but not separately about the actor.
We gave him a free hand and in the end it's nothing we regret.
Albert Huspeka did an amazing job and I already enjoyed seeing him in "Heroin Waltz".
Someone wrote on YouTube that "We Pursue The Serpent Of Time" could be the prequel for "Heroin Waltz". I kinda liked this idea.

RP: If you could have any living director direct your next music video, who would it be?

D: Maybe Grupa 13 from Poland who are responsible for some of the Behemoth videos.

RP: I've noticed that a lot of people are afraid of the government (or the uprising of the machines) trying to turn them into happy slaves. Why do you think people value freedom over happiness?

RP: Do you have a favorite record from 2019 yet? Yours doesn't count.

D: Not really. So far there is nothing on my radar to be honest.

RP: Without cheating, how many of the states of the former Holy Roman Empire can you name?

RP: Any last message to your fans among our readers?

D: Thanks a lot for the support! It's highly appreciated!
Hope to see you at one of our shows!

Posted on 04.02.2019 by
RaduP
Doesn't matter that much to me if you agree with me, as long as you checked the album out.
More interviews by RaduP ››