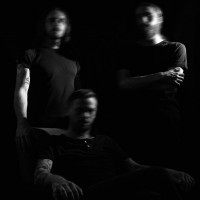 Black metal has continued to remain an imposing force more than three decades after its inception, and that's partly because of how regional scenes evolved and how acts are still striving to push forward while still playing to the genre's strength. Sordide are a French band from Rouen, one that has quickly became among my favorite French black metal bands, specifically because of how much they encompass the ethos that I mentioned. They're not avant-garde per se, but if there's anything I can't accuse them of, it's stagnating. So I wanted to know a bit about their label changes and the context they come from. 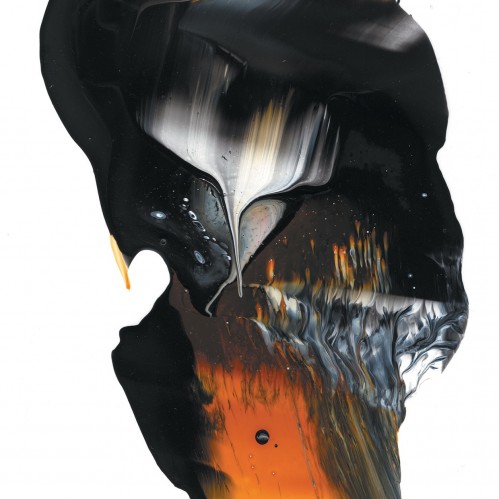 Radu: There have been quite a few label changes in Sordide’s camp, moving on from Avantgarde to Throatruiner, and now to LADLO. Were these changes just logistical, or do you feel some creative kinship to the collectives signed to these labels as well? Should we expect the LADLO connection to stick? [Ed: I passed these questions through not one but two LADLO reps, so, oh boy. Great start.]

Sordide: We had great experiences with the labels we worked with, each one believing in what Sordide does. We moved from one to another following offers and opportunities. Some changes occurred because previous labels’ schedules and our own one couldn’t fit, some because these labels had chosen a different stylistic orientation. For each album, we’ve been reconsidering our plans differently, having these parameters in mind, and also knowing new proposals we had in the meantime, like LADLO’s one. We will keep it this way and consider this question in the appropriate time.

Radu: Your newest album, Les idées blanches, was recorded somewhere around the summer of 2020. How has the lockdown situation affected the recording of the album and how did you overcome it? [Ed: Nonsense. Black metal is not allowed to be recorded during the summer.]

Sordide: In fact we already had a lot of musical material before the lockdown, so we stayed in touch and just had to be patient. As soon as it’s been possible, we went back to practicing to be ready for the studio, to avoid any other delays.

Radu: Aside from the recording context and the label change, what do you feel sets Les idées blanches apart from previous Sordide records?

Sordide: Obviously the lockdown forced us to let this album aside for a moment, for we couldn’t play together. Then, we got back at it with fresh ears and a strong
motivation. We had been previously working in a certain urgency, so this hiatus has forced us to change our way of doing. It was also recorded in Master of Goats’ brand new studio during summer, whereas the previous albums were recorded in winter. It maybe changed a bit our way of getting into the recording.

Radu: Part of the reason why I asked the “labels kinship” question was because I felt like Hier déjà mort had an audible hardcore influence. Was that intentional or am I reading too much into you having released it on a mostly hardcore label?

Sordide: It’s strange because we’ve often been told that Hier déjà mort was our most black metal release. Nothing was planned to make this album sound hardcore or not, and we already had a deal with Matthias from Throatruiner Records before recording the album. So he couldn’t know if this was going to sound one way or another. The biggest kinship we have with the labels we work with is an open mind and a taste for undefinition, as we don’t think Sordide can be labeled precisely in one or another genre.

Radu: You’re part of a collective of sorts with different Rouen bands, called La Harelle. Could you tell us more about it and whether we can expect some collaborative work of sorts between other members of the collective?

Sordide: La Harelle is meant to put a name and thus give a bit of visibility to what we are: a bunch of friends from the same town sharing bands. We are working on a webshop and a mixtape. It may also become what we could call a micro-label one day.

Radu: The three members of your bands all come from pretty different musical backgrounds. From what I can gather, Nebhen has been in black metal bands that are pretty raw, Nemri has been in sludgy doom ones, and Nehluj’ bands go from funeral doom to avantgarde black metal (coincidentally both Ataraxie and Void Paradigm being bands I’ve covered). How do you feel that this variety in background affects the songwriting process in Sordide?

Sordide: It’s difficult to analyze this question from the inside, but this variety probably leads to some kind of versatility. It allows us to explore many musical landscapes without any boundaries, and it makes us confident whenever we have to go full speed with tremolo and blast beat or slow down in sludgy doom ambiances.

Sordide: It’s great that Pol Abran picked us for one of its mixtape. Each one is very interesting and deeply rooted in the underground so it’s always a pleasure to discover new bands this way, especially when it’s politically consistent! There’s not much more to tell about, for we haven’t been in contact before the release. We are glad to be part of it.

Radu: If you could get any living director to direct a video for a Sordide song, who would it be?

Sordide: David Lynch [Ed: What a load of bollocks, this interview was rigged]

Radu: Is the French that is spoken in Rouen and Normandy in general any closer to English compared to the Ile-de-France dialect due to Normandy having been part of the English kingdom for so long? Or generally how is Normandy culturally distinct from the rest of France? [Ed: Well, technically it’s the closest to English because Normandy is the closest part of France to England…]

Sordide: Our French is basically the same as the rest of France. The influence of English language has uniformly spread in French one. However, each region has its own accent and expressions, and sometimes old dialect surviving, like the Cauchois and the Brayon near Rouen. In Normandy for example we often say “boujou” which both means “hello”, “goodbye” or “kiss”. Also the way we pronounce the “r” is sometimes a little bit rougher than in other region.

Radu: Anything else you’d like to add to our readers?

Sordide: Thank you and boujou.

Posted on 19.10.2021 by
RaduP
Doesn't matter that much to me if you agree with me, as long as you checked the album out.
More interviews by RaduP ››