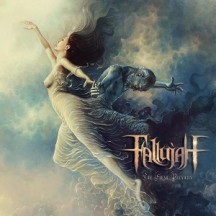 
Fallujah have undergone quite the evolution since their debut EP. Beginning life as an out-and-out deathcore band with nothing more than inventive riffs and a few blackened passages to set them apart, they have introduced more progressive and atmospheric elements with each release. The Flesh Prevails marks a true change in Fallujah, from better-than-average players in a populous scene to innovators of a rising and complex one.

Fallujah's riffs melt over each other like butter one minute and grind each other into a fine paste the next. Their solos waltz in and out like they own the place, dripping warm, full-bodied notes over landscapes that alternate between scorching tech death and synth-borne atmospheres. Aggression is well-placed - tempered without being confined, indulged without being reckless. Fallujah know how to effectively employ heart-stopping technicality without bulldozing through these nine songs; their combination of brutal heaviness and thoughtful atmospherics makes this album not only unique but a magnificent work of art.

The Flesh Prevails superimposes forceful growls and destructive drumming over a flowing, spacey blanket of reflective dream sounds; the impeccable solos bridge the gap, effortlessly dancing from chilled-out noodling to metallic fret domination as if nothing truly separated the two. With the ease, grace, and poise of a ballet-dancing neurosurgeon, Fallujah flit and slide and catapult from note to note, sound to sound in a waterfall of sweet-smelling luxury. This album is a rainbow cascade of cold, hard metal and sublime, cool synthscapes all in perfect balance.

The Flesh Prevails exhibits a mature, graceful Fallujah - a Fallujah that knows exactly what it wants to sound like and how to achieve it. This album succeeds all the way through, from "Starlit Path" to "Chemical Cave"; not a note out of place, not one more or less than is needed. By far, this is Fallujah's best release thus far.