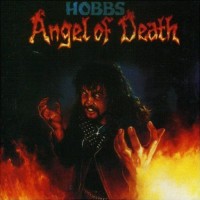 
I'm normally afraid of listening to a band's debut album; you gotta admit it is risky to listen to the very first recording of a band that has released more material. The reason I say this is because some bands don't have good debut albums; either the production is bad, they haven't developed their own sound, or the band just wasn't mature enough to create worthy material. In other cases, the debut album is great and sets the bar high for the band's future releases. I won't say this album is Hobbs' masterpiece because I haven't listened to his whole discography, but I can definitely say I was impressed by it.

They sound like they've been doing music for a long time (which they probably have). I sense influence from bands such as Slayer, Mercyful Fate, and maybe a little bit of Motörhead (and that's exactly what I mean: influence). It has to be stated that they do have their own style within the thrash genre. It doesn't sound like the common thrash-only bands. They combined thrash with occasional death riffs in some songs like "Brotherhood". Drums play a very important role; the guitars are fast, Hobbs sings fast, but the drums are faster, and this gives more energy to the album.

I do want to mention that a couple of songs sound similar to each other, and the same thing goes for the vocal melody (or lack thereof?), it might sound like they are using the same... melody? In general I would say this is a good album. It is interesting to listen to nonstandard genre bands. And, in my opinion, this is a band that doesn't stick to playing strictly thrash metal, which may be good or bad, depending on how open-minded about it the listener is. It is fun to listen to from beginning to end. Nice debut for the band.