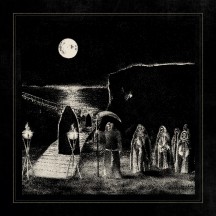 
One of the murkiest, deadliest rituals of the year.

Metalstorm readers who know me well enough know that I try to stay in touch and promote the Latin American metal scene as much as possible. I’m also a huge fan of bands that try to incorporate their heritage into their music. For Mesoamerican acts, The Black Twilight Circle comes to mind. The bands within it were one of the best exporters of extreme metal for the better part of the past decade (nevermind that they were US-based). But if I want to search within my own turf, then I can gladly present you De-Solación, from Chile. If I mention the Black Twilight Circle, it is because De-Solación does share some common ground with acts like Volahn, Odz Manouk and Blue Hummingbird On The Left even if they are not that geographically or thematically close. Nevertheless, all these projects focus on bringing folklore back to life through a cocoon of vile extreme metal.

And Necro-Misterio is most certainly vile. Savage, dark and colossal too. The ritualistic opening is unnerving as the folk instruments (some of them being part of Mapuche culture) gather momentum and the cries of the death whistle hunt the listener's mind even further. What follows is an imposing hurricane of black, death and doom metal that has been mixed into homogenous perfection as it is hard to pinpoint which genre takes the spotlight. After the opening track, the following three songs have already been featured in the project’s first demo. But a couple of years have provided a more complete, professional and intimidating sound. There is a very brutal, primal touch to the whole affair (helped by the intense screams, no doubt). Some passages, including vocals, remind me of Bølzer. Although the fiery ferocity presented in the riffs could also be compared to war metal acts like, say, fellow Chileans Wrathprayer.

The overall sound is thick and cavernous, but once you fully dive into this beast, you’ll realize that there is so much to discover in the riffs. Plenty of times the riffs are punchy and groovy. Hell, they are even catchy! If I’m delirious enough at night, it might even sound punkish during the more up-tempo moments. Some of the echoing growls and drawn-out chants are reminiscent of the mighty Attila Csihar and add extra layers of folk terror and mysticism to the music. Necro-Misterio’s guiding rod is the drumming, which brings most of the violence to the table. It will get your blood pumping as it accelerates and sets the tone for each section as the guitars respond accordingly with powerful, unrelenting riffs. The non-metal influences add to a very distinct personality, and the transitions between hypnotic, frightening tribal passages and vicious extreme metal are very fluid. This is particularly true when the listener focuses on the album’s main composition: The astonishing 17-minute monolith “Devorando Al Sol I”. I might sound a bit cliché but let me guarantee you that this song truly feels like it will devour all light as the punishing heaviness equals that of a black hole filled with fanatic hatred.

De-Solación arrives out of nowhere not only with one of the best debut albums I’ve heard in the last couple of years but also one of the finest examples of extreme metal of 2022. Necro-Misterio gathers everything a fan of ravishing black metal, intense death metal and suffocating doom metal can ask for.