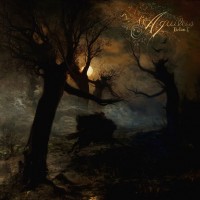 When Aquilus turns to metal for inspiration, it is usually the furious tremolo-picked riffs, menacing melodies, and epic atmosphere-craft of black metal that take center stage, but we’ve stuck them in symphonic because there’s so much more to life, and to the sound of Bellum I, than simply blastbeats and tritones; it’s not just that black metal sometimes has a taste for folky acoustic interludes or sophisticated piano buffers or the thronging of angelic strings to add some gravitas to the proceedings, but a real understanding of how to write dynamically that puts this one-man project into a league of its own. Aquilus is a band built on monumental scale. Griseus still stands as a legend among debut works just over 10 years later, one of Metal Storm’s favorite albums of the 2010s by a long shot, and Bellum I devotes a lot of time to preserving the authenticity of the symphonic affectations that made that album so beloved. The piano and strings dotting the background during the blackened swells receive a lot of air time all to themselves, and the grandiose mode of songwriting persists all throughout Bellum I’s hour of twists and turns. This is merely the first half of the next stage in Aquilus’s career, and what it has already delivered suggests that the band fully intends to outdo its vaunted debut. 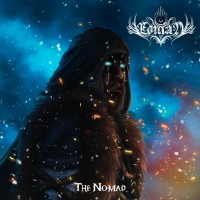 When is a solo project not a solo project? Arguably when there’re a dozen musicians playing on the record. Eonian is an extreme symphonic metal project founded by US-based Spanish guitarist Jaume Antuñano, although he has recruited the likes of drummer Freddy Ortscheid (ex-Entrails) and vocalist DM (Helioss) to bring his vision to fruition. The Nomad, the first offering from the project, flies by in a blaze of full-pelt melodeath riffs, blasts, and grandiose mid-tempo marches, with each song capped off by intelligently implemented chorals and orchestrations (courtesy of Diego Soldi), as well as some exciting solo moments, such as the stirring folky violin solo in “Versus The Titan”. Kinetic and dramatic, The Nomad is a blast of a debut. 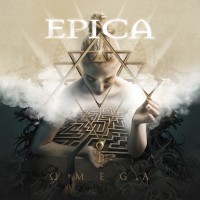 It’s been a tricky last couple of years for some of the bigger names in symphonic metal; if they haven’t been outright falling apart, they’ve been grappling with unfavourable responses to their recent stylistic moves. Standing out as a glaring exception is Epica, who keep on doing what they know how to do and rewarding faithful followers. There’s no real surprises to be found amongst the contents of Omega, which comprise the trademark operatic/growl contrasting vocals of Simone Simons and Mark Jansen, bombastic orchestrals, and world music influences; it’s a formula that works, however, and Omega serves as testament to this. 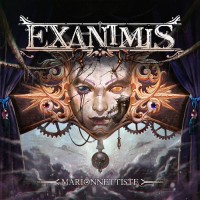 For any new symphonic death metal band, the immediate benchmarks to live up to will be Septicflesh and Fleshgod Apocalypse; how do Exanimis stack up against these titans? Well, the French group was formed by alumni of the Music Academy International, and this academic background is apparent in multiple ways on their debut record, Marionnettiste. The symphonic arrangements feel arguably more grandiose and flamboyant than those of the likes of Septicflesh, from the emphatic brass to the full-blown classical detours, while the songwriting goes firmly into prog territory, with multiple songs sailing past the 10-minute mark. This ambition really helps set Exanimis apart from the subgenre forefathers and their many copycat followers alike; this is a fresh voice, and one with plenty to say. 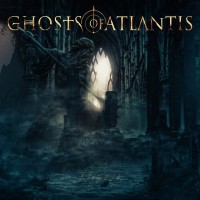 Ghosts Of Atlantis are a new name on the symphonic metal block, although aficionados with the scene may recognize guitarist/vocalist Colin Parks for his involvement in Devilment with Dani Filth. 3.6.2.4 is thankfully free of Mr. Filth’s timeworn shrieks, instead being carried by forceful rasps and rich cleans that are well-suited to the proggy symphonic melodeath brought to life by the instrumental component of Ghosts Of Atlantis. In contrast to the litany of symphonic metal bands that value exuberance over memorability, Ghosts Of Atlantis ensure to fill 3.6.2.4 with genuine hooks, whether delivered by the vocals, the riffs, or the guitar leads, and as a result, the grandiose compositions on their debut record are genuinely evocative. 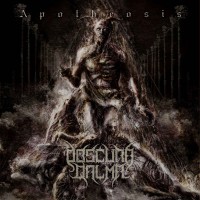 Hailing from Italy, symphonic death debutants Obscura Qalma deviate from the template established by their compatriots in Fleshgod Apocalypse, eschewing their flamboyance and keenness for melody in favour of a more aggressive blackened death sound. This isn’t a symphonic metal album that forgets to prioritize the ‘metal’ side of the equation, as chunky death metal grooves, vicious aural bludgeonings, and flirtations with technicality cut clearly through the mix. With such a strong foundation, the grandiose choirs and emphatic orchestrals, particularly on the part of the trumpets, are perfectly placed to bring that crucial element of drama to Apotheosis. 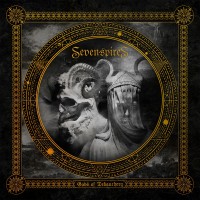 Is it a true symphony if you can’t pack a lunch and make a day of it? At 77 minutes, Gods Of Debauchery is as voluminous in its scope as it is in its actual volume, and all this a scant 19 months after the release of Emerald Seas – it’s an incredible effort made all the more impressive by the variety of styles represented within. Seven Spires manage a seemingly effortless balance of glamorous pop metal akin to the diva-centric bands at the front of the symphonic subgenre, the purest form of larger-than-life power metal that spawns hooks by the thousand, and more extreme forms of metal that give Gods Of Debauchery rows upon rows of wicked teeth. Taking cues from the Gothenburg sound with its death-metal-lite riffing and aggressive percussion, Gods Of Debauchery aims for heaviness and accessibility and scores high on both; what helps most of all is the rare versatility of vocalist Adrienne Cowan, who can croon, belt, screech, and growl with equal proficiency and adapt her delivery to suit any direction the rest of the band takes her. 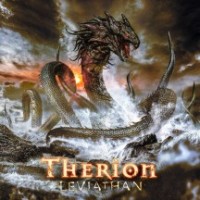 The most Satanic nonblack metal band, and one of symphonic metal's longest-running acts, returned in 2021 with a new set of hymns to the Therion (great beast) Leviathan (uh, also great beast). After a set of very experimental albums such as Les Fleurs Du Mal and Beloved Antichrist, Leviathan sees Therion return to what you'd expect them to play. Incorporating the hard rocking sound of their Deggial era with a streamlined version of Gothic Kabbalah, Therion's latest effort is as much band service as fan service. Vocals-wise, mainstays Lori Lewis (Aesma Daeva) and Thomas Vikström (ex-Candlemass) get some backup from Rosalía Sairem and Taida Nazraić, sharing duty with guest stars such as Marko Hietala (ex-Nightwish) and Mats Levén (Candlemass). Thus, you can be sure that Leviathan contains a host of very well-performed symphonic metal hits. 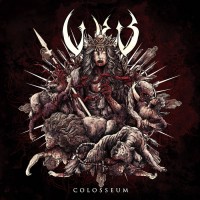 Comparisons to Septicflesh are inbound: W.E.B. also hail from Athens, they also enjoy plumbing the pits of Tartarus for dramatic dark metal, and Colosseum even features work from Septicflesh guitarist Chris Antoniou, who handled the orchestrations. W.E.B. will undoubtedly scratch that septic itch (which you should really get checked out), though they fall more on the side of black metal than death - in the Greek style, of course, with notes of Rotting Christ, and an ecclesiastical sort of awe emanating from the deep caverns of theatrical pandemonium. The corvine cackling, imperious brass, and chanting choirs evoke a romantic dread that makes you sure of one thing: when you enter the colosseum, you should be prepared to die. 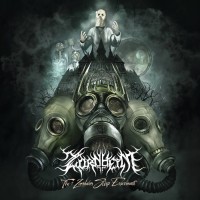 Dark Funeral fans may recognize the name Zornheym, as it was the pseudonym of Tomas Nilsson during his stint in the Swedish black metal stalwarts as bassist. Now going by Zorn in his own creative vehicle, Nilsson takes a decidedly different approach to black metal on Zornheym sophomore record, The Zornheim Sleep Experiment. Lyrically inspired by the Russian Sleep Experiment urban legend, the core sound of the album is meloblack, with plenty of memorable melodic guitar leads and riffs, but Zornheym then brings in a string quartet and choir to make everything that little bit more exciting. The icing on the cake of this record is the excellent vocal performances, with traditional blackened extreme vocals exchanging duties with some excellent clean vocals, which are rich in tone and reliably armed with memorable choruses.