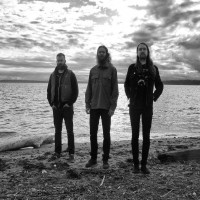 Sumac have just released the single "Two Beasts" via Sub Pop Records. It was recorded in February 2020 by Nicholas Wilbur at The Unknown, and in March 2020 by A.T. at HoLC. Also mixed and mastered by Kevin Ratterman at Invisible Creature in March 2020. The cover image is by Faith Coloccia.

Sumac commented: "One of our favorite songs we've made, and a piece of music we're happy to be sharing with you during this very tumultuous year. Thank you for listening. Much love, A/B/N//SUMAC"⠀
⠀