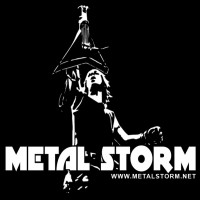 In May 2018, US post-metal band Intronaut parted ways with their drummer, Danny Walker, citing “recent activity that we as individuals have zero tolerance for” as the impetus for the split. In his own statement, Walker, who has also performed with Cephalic Carnage, O Zorn!, Phobia, Teeth, and numerous others, acknowledged “serious allegations” of him “being a woman beater” – that is, accusations of physical assault made by his ex-girlfriend. Though Metal Storm is currently unable to locate the original social media posts that circulated the allegations, the photographs posted therein and the substance of the allegations are still preserved in a subsequent report published by Hear She Roars, which also references accusations from at least two other women of abusive behavior on the part of Walker. Metal Storm’s own news report reprinted the statements made by both Intronaut and Walker himself, the latter of which denies any wrongdoing on his part.

On February 8, 2022, Metal Storm received an e-mail from Walker requesting that our 2018 news article be altered or removed. Walker once again claimed his own innocence, stating that there is no record of an arrest, indictment, or conviction or of himself otherwise being brought to legal reckoning over the allegations; he further claimed that he is on good terms with the other members of Intronaut and that his departure was purely for business reasons. He also accused Metal Storm of sensationalizing unfounded allegations and indicated the potential for legal action if the publication was not remedied appropriately, evincing the belief that the character of Metal Storm’s article is defamatory and that Metal Storm is guilty of libel.

After due consideration, Metal Storm’s staff concluded that there is no libelous content present in the article: the existence of the allegations is a fact of record, the circumstances of Walker’s departure from Intronaut were presented without commentary, and there was no malicious intent behind our report. Moreover, as it is neither the responsibility nor within the power of Metal Storm to adjudicate the veracity of the claims made against or by Walker, we consider the prospect of retracting our story to be irresponsible from a journalistic perspective; Walker provided no corroboration for his statement of innocence, and thus we have only allegations and denial to print with no official legal support of either account. The response given by our editor-in-chief to Walker’s initial request reads as follows:

I have taken some time to consult with the Metal Storm staff to determine how to proceed. As this is a matter of serious import and we stand to gain nothing by acting rashly in any respect, we ourselves have sought legal advice and will continue to do so as we feel circumstances merit.

Your concerns of libelous content are noted, but I must correct you in your assessment: nothing that Metal Storm has published regarding this situation is false, speculative, or defamatory. We have printed facts only, and those facts are that allegations against yourself were publicly proliferated and that your relationship with Intronaut came to a formal terminus as a result. That these things occurred is indisputable, whether or not the allegations themselves were unfounded. We reproduced both your own statement and the band's at the time without commenting on the veracity of the allegations, which cannot be classified as unfair to you or misrepresentative of the circumstances. I would appreciate it, therefore, if we could leave aside this facet of discussion, as it is not only unnecessary and groundless, but contrary to the good-faith manner in which we would both prefer to negotiate.

With regard to your particular situation, it is true that further developments have not been promulgated by the involved parties since the initial breaking of the news four years ago. This could be suggestive of an absence of legal action, as you say, but I'm afraid that in these situations it takes more than just absence and insistence to clear the air. We cannot retract, edit, or repudiate a story before a global audience without adequately cited justification; as much as we would like to take you at your word, you must appreciate that we cannot discredit our journalistic integrity by accepting your statement without any corroborative testimony or evidentiary sources. We would feel much more comfortable making further reports on this matter if we had a public statement from yourself, the other members of Intronaut, or a record label that we could reference - perhaps something from a local governing body, law enforcement agency, or credible news source. In short, what we require is a basis for public accountability in whatever course of action we take.

What we can do is publish the memorandum that you have provided us and make your position known. If this situation has been damaging to your career, then the best thing that we can do to help is to be forthcoming about what information we have and whence we have come by it. Though we cannot publish a claim as fact, a claim being made is in itself a fact that we can report on in good conscience. It is with this neutrality that we handled the original story and this is how we must handle its future ramifications. We are willing to provide this opportunity for you to explain your story, as long as you accept that there are limits to what we can publish or rescind and how we can go about doing so. If you feel that you or we would benefit from us reaching out to another party for further information, preferably any of those listed above, then please let us know. We await your input as to our next step."

Walker responded to this message by declining to go public with his quest and reiterating his willingness to pursue legal remedies if Metal Storm refused to alter its publication according to his demand. He also alluded to having made successful requests of other news outlets; Metal Storm contacted MetalSucks, Lambgoat, BrooklynVegan, Metal Insider, and Hear She Roars, all but the last of which have removed their own stories, in order to hear their perspectives. While at this time we have not received a response from BrooklynVegan, we have confirmed that each other publication was contacted by Walker for the same purpose. Metal Storm sent an inquiry to Intronaut as well in an effort to verify Walker’s claims about his relationship with the band, but as of this publication we have not received a response.

Having obtained this information and still finding insufficient justification to remove the original news article, the staff of Metal Storm decided once again to contact Walker and respond to his restated demand:

We have taken some time to examine the options legally available to us and to contact both Intronaut and some of the other publications to whom you have made this same request. After careful deliberation, we have reinforced our initial conclusion that it will not be possible for us to remove the article in question. The article does not comment on the veracity of the claims made against you, the greater substance of which is not explicated within, and therefore serves purely as a record of historical deed; neither was it published nor is it retained with any malice towards yourself, but out of an obligation to preserve information in the public interest. It behooves us both to focus instead on addressing this situation from a forward-facing perspective.

Although we understand your unwillingness to open this topic to further public comment and it is not our intent to imperil your professional endeavors, we believe that an update to our story is possible only by citing the claims that you have made to us. Our intent going forward is to publish a summary of our exchanges here in order to communicate your desire to have the matter closed - we will refrain from reproducing the full text verbatim for the time being, but we feel that the ethical way to solve a problem such as this is to pursue an active solution and not to erase the memory of the problem. We will inform our readers of what we know, and as new information is made available to us, we will continue to update the story in the spirit of making it as representative of the truth as we can manage.

We acknowledge that this is not the resolution you had hoped for, but we hope you will appreciate that it is the best we can offer without more substantive verification of your assertions. The new publication will be online in the near future and you may provide further input regarding its content as you wish. Bear in mind that the only way forward, as far as we are concerned, is to be fully transparent towards our readers now and in the future."

Walker's final response indicated that he is no longer concerned with pursuing the matter further. We nonetheless considered it our responsibility to move forward with our original plan and publish a summary of the events. Metal Storm is not in a position to render judgment of Walker's guilt or innocence, and it has not been nor is it our intent to portray Walker as either guilty or innocent of the crimes that he has been accused of committing. We offer this information to our readers as a documentation of proceedings germane to the public interest. Erasing a story of this nature is not compatible with Metal Storm’s vision of justice and it is our belief that new developments should be handled by the addition and not subtraction of information, with as much transparency as we can offer for the sake of conducting honest public discourse.