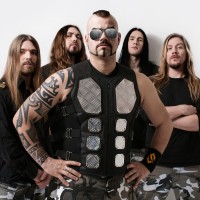 One of the rising metal festivals in Sweden taking place in Sabaton's headquarters of Falun, announced that they are going on hiatus. You can see the statement below.

Organizers comments: ''Metal family, we have an important announcement to make about Sabaton Open Air.

It has almost been one and a half decades since SOA began, and we have had so many fantastic editions of it since then, but we have decided it is time for the festival to take a hiatus.

We can confidently state that the 2022 edition was our biggest and best to date, so we understand why you may think this decision is a little out of the blue. Multiple factors have contributed to our choice to not go ahead with a 2023 edition of the festival, but we are looking forward to seeing it shine again in the future.

Going back to the very beginning, we had a wild dream of introducing something special to Falun – something that our hometown had never witnessed before – and we are proud that we managed to achieve that very dream. SOA has been uniting metalheads since 2008, not only from Sweden, but from all over the world. This festival has evolved from a one-day, indoor event with one stage to a gargantuan celebration of metal – a four-day open air festival with several stages bursting with brilliant musical acts.

Over the years, SOA has welcomed thousands of visitors from over 50 countries, and over 200 concerts have taken place in our hometown thanks to its existence. This festival would not have been possible without the tremendous number of workers, volunteers and fan clubs who gave up their precious time to make it a reality. They have put their blood, sweat and tears into building and running the festival, only to tear it all down again once the event is over, year after year.

We would like to express our heartfelt THANK YOUS to all of the people who have helped us over the years, as well as our loyal fans from across the globe who have travelled to Falun each year to attend the festival. Thank you for showing your best side. The local authorities have praised you for being an amazing group of humans and showing the citizens of Falun that metalheads are the best type of people. We are proud of what great ambassadors of metal you all are.

We would also like to thank our hometown, Falun, for being open to the idea of the festival and embracing all of the attendees with open arms and smiling faces. We have had great support from the municipality and the majority of politicians, as well as many local companies and service providers.

This festival is like no other festival in the world.