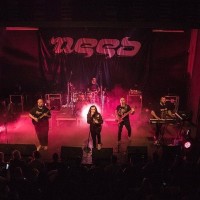 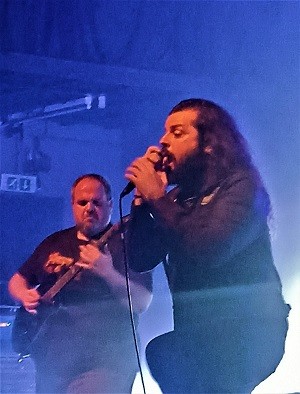 Imagine what it’s like being in a band, releasing what is probably your most ambitious -and maybe best- album, but the world is in lockdown and you cannot promote it. This is exactly what happened to Need, the Greek progressive metal wonder, who put out Norchestrion: A Song For The End back in January, 2021. In my review of the album, I referred to them as “one of Greece’s best kept secrets” and I stand by this statement, not because Need do not have a decent following, but because their music quality, their talent and skills, and their live performances deserve to have a bloody huge one. This was actually my first time seeing them live, and I was very eager to catch them on stage, since I have been listening to the songs of Norchestrion to death since it came out. 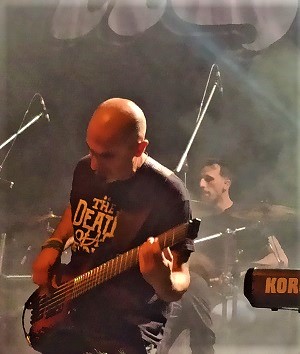 The live show in Athens’ Gagarin 205 Live Music Space was part of their Songs Before The End Greek Tour, the fourth date in a total of seven. I follow the band on social media and it was pretty obvious how much they were looking forward to return to live performances and how much they wanted to play their songs, old and new, to the fans. The support act in Athens was Calyces, a new progressive metal band who released their debut, Impulse To Soar, back in 2020, and their music is groovy progressive metal, very reminiscent of Mastodon and Baroness. Unfortunately, I only caught them towards the end of their show but they seemed to be performing quite well and tight, and they received a positive response from the crowd. They left the stage at about 22:15, and around fifteen minutes later, finally came our time of Need. Pun intended. 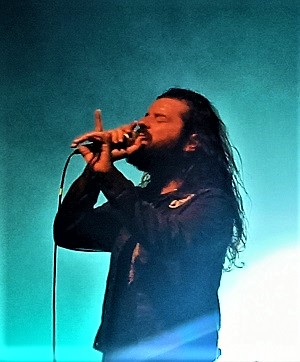 The five members appeared on stage among the cheers and clapping of the fans who were obviously thirsty to watch the band live again (or, like me, for the first time). Need themselves looked so very happy to be performing in front of a crowd after so long, especially guitarist Ravaya who made funny grimaces all the time and was in a very playful mood. Singer Jon Voyager was super mobile jumping up and down and running on the stage, engaging with the crowd, and seemed to be drinking up every single moment. He is an extremely charismatic vocalist, a true frontman with a big range, and he really owned that stage for the entirety of the set. As I have said before, Need is a progressive metal band with skilled musicians that focus on writing good songs, instead of showing off how great they are. However, it was quite an experience watching them actually play and it was a joy to watch what they all could do with their instruments. Given the fact that they have only one guitar (and what a guitar performance that was by Ravaya

), it was always going to also depend on the bass, the keyboards, and the drums to play their part in order to deliver the massive sound that they had. 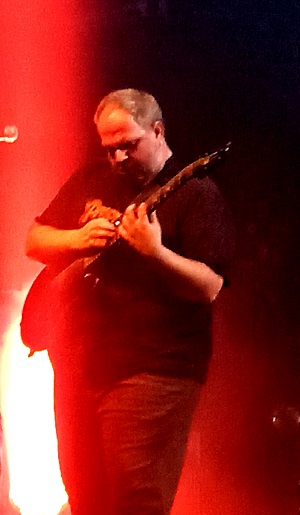 Although Need started the show with two songs from their previous albums, “Lifeknot” from Orvam and “Alltribe” from Hegaiamas, they focused more on their latest one, Norchestrion, playing it almost in its entirety. The crowd seemed to appreciate the new songs very much, being especially loud when “Circadian” and “Beckethead” were played back to back. Throughout the set, the fans were singing and participating, and I cannot remember a single moment when the set seemed to let up, even though Need were on stage for almost two whole hours. During the last third of the show, the triple attack of “Nemmortal”, “Mother Madness”, and “Norchestrion” blew me away, and gave way to Ravaya to sing “Kinwind” with his deep and expressive voice amidst a very evocative atmosphere.

The band intended to finish with their amazing epic “Hegaiamas”, the title track of their previous album. Towards the end of it, every single person in the venue have their hands up in the air, you can hear everyone singing “a song for freedoooom, a song for freedoooom”… It is such a fantastic experience. Jon says “thank you so, so much” more times than he can count, the band bows before us and they leave the stage but -of course- the crowd is demanding rhythmically: “We want more! We want more!” 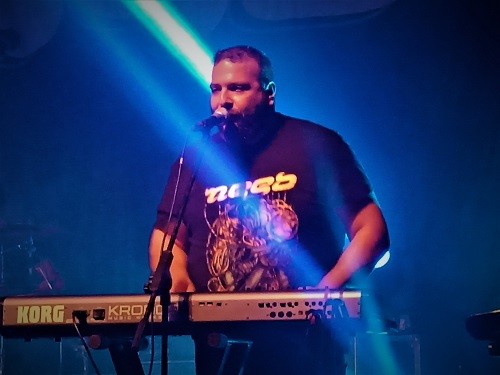 And it doesn’t take them long to get out again. Jon holds high the piece of paper with the setlist and, indeed, “Hegaiamas” is the last track on there, but they have rehearsed another one; a song for the fans of their older days. It is “Lie Before You Sleep” from Siamese Gods and it’s one last opportunity to headbang for the evening, this time more than ever before, because it is the heaviest track of the set. I could not have imagined a more perfect closer for the show. 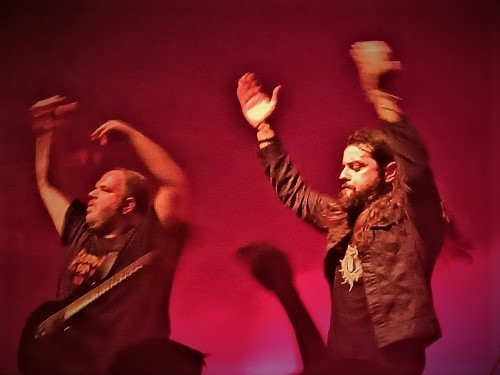 Do yourself a favour and check Need out, if you haven’t yet. And if they come to perform in your neck of the woods, do not dare miss them because they put on one hell of a show. 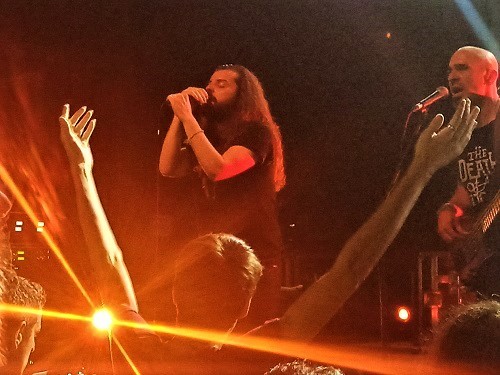 *Photos taken from the crowd by Anthia.