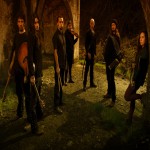 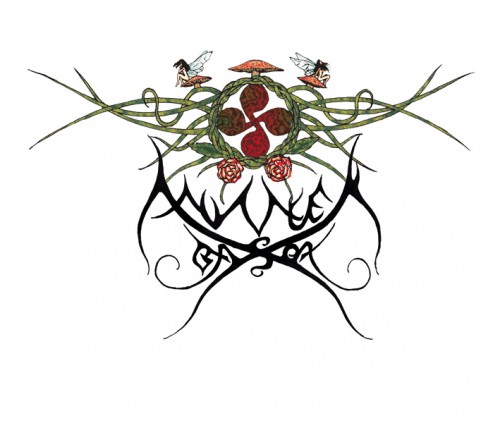 T - It took 15 years for the band to release its full-length debut. Why the wait?

The main reason for the delay in releasing Iraganeko Bide Malkartustik is that after our split release with Adhur and Ilbeltz (Triarchy Of Vasconia - Iluntasunaren Itzulera), we experienced a lot of line-up changes; we were just 3 original members again: Egoitz (bass, keyboard), Mikelot (clean vocals, guitars) and myself (harsh vocals, guitars). It took a lot of time to find suitable individuals until we finally got an established line-up, the one we have currently. Furthermore, the new members needed time to rehearse and got into the way we work, you know, not only to play songs but to understand the concept behind Aiumeen Basoa. You also have to take into account that we are not full-time musicians - we have regular day jobs and we are 7 members in the band, so... We also worked hard making demo recordings, studio pre-production and all that. 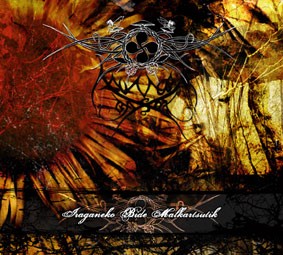 I assure you that there will be. We enjoy creating and rehearsing, and during this long time we have compiled a lot of stuff. We're already working on new riffs and melodies so if everything goes as it should, you won't need to wait much to see our next release.

T - With so many full-time members, is it difficult fitting in every instrument or does everything just come naturally?

We are usually quite clear about which instrument has to be in a concrete riff or melody, but it takes time to choose the right notes to play. It also depends on the difficulty of the harmony/song structure of a particular song, but the main idea used to come easily. 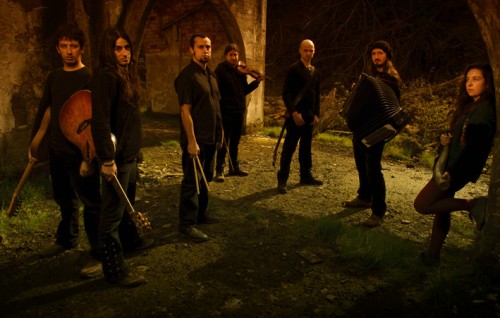 T - Do you feel that Aiumeen Basoa's message is restricted by the exclusivity of Basque lyrics?

We believe in the power of the vocal sound itself, I mean, we don't think you have to tell necessarily something while singing, or that the listener has to understand the meaning, something to be attractive. On the other hand, we also believe in the power of the word and message you're passing on - that's why we're currently working on the English translation of the songs, which will be posted on our MySpace page.

Anyway, I'd like to say that somehow it's more of an English-speaking country-based "problem". The standard language of modern music is English, we just have to take a look to how and where the music business was created: USA and England. Till some years ago, the general metal scene, although there were German, Swedish and Japanese bands like Scorpions, Europe, Loudness, etc., they all sang in English. This changed in the '90s when Scandinavian bands started to sing in their mother tongues and peoples' minds opened up to the new style. We didn't understand a single word while listening to Enslaved, Ulver, Isengard or old Dimmu Borgir, but it was something magical, true and honest. And if you think that no so many years ago it was no very common, at least here, to find people who spoke English, you finally have a lot of Iron Maiden fans who have no clue what the hell they're talking about. You just have to go to a live show and see how people respond to a simple hello, when the band singer says something in English to the crowd.

In all seriousness, I think there are some differences here and there due to the place we belong to and the Basque traditional music we have listened to. We might be more open to including some of our other musical influences into our music which may not be very common in pagan metal, or we dare to try some "new" things such as the jazz passages in "Akelarrearen Sua". We enjoy doing such things!

T - Are any of the band members involved in any significant side projects?

Egoitz also plays bass and keys in Adhur (who are working on their debut album) and I have recorded some vocals for Ilbeltz's debut album titled Auskan Gabiltz Olatun Gainian, which has already been released.

We've been close friends with them since '95 or so, and as I have told you before, we help each other. Ibai from Ilbeltz plays keys and accordion in Aiumeen Basoa. Eate from Adhur is also our record label owner along with his partner Joserra.

T - Iraganeko Bide Malkartsutik was mastered by Dan Swanö. How did that come about?

After checking different options, the label suggested to work with Dan. We though it was a good idea cause we knew his work not only as producer but also as musician. Everything went smoothly and we're very pleased with the final result. He has done a killer job for sure!

T - What kind of emotions were the members of the band feeling leading up to the release - excitement, nervousness, relief?

To tell the truth, we feel finally free - relieved. It's been a long journey till we managed to release our first album...hard times, indeed. On the other hand, we also feel energetic to play shows and compose new stuff!

I'd say that, musically, we have grown a lot since the split. Because it was recorded so long ago, we have improved both as musicians and as composers. Now we have an established line-up, the best one we've ever had. The split received positive feedback and good distribution, and if you take into account that it was supposed to be a 3-song demo that ended up as a split-CD, I see it as a very successful release. Due to the reasons I have already told you, we couldn't follow that up by releasing new stuff and that's why we also have grown spiritually, but we're now 100% hardworking.

T - Do you have any interesting stories of the band you wish to share from over the years?

In my opinion the most interesting story I can tell is that after 10 years without any live shows or releases, we're still on the road, and in better spirits than ever.

T = When did Indar Productions come into the picture?

We've known Eate (Adhur) and Joserra, both owners of Indar Productions/Erzsebet records, for a long time. We have been in contact all these years and when we had an album demo to show, we gathered and told them what we expected for the release. After they listened to the stuff they offered us a deal.

We're very happy and grateful for all the effort they are doing and the great job done so far. They are a small but professional and hardworking label. 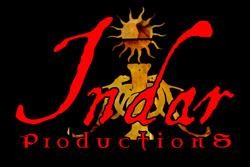 T - As an emerging band made up of veteran musicians, what are your expectations for Iraganeko Bide Malkartsutik?

Even if we have been involved in the band for a long time, I agree with you when you that we're an emerging band. We don't consider ourselves as veterans in the underground, indeed.

We have a lot good expectations now that the album is out but everything depends on peoples' feedback and if they like our music. We'll play as much as possible to support the release.

T - On behalf of Metal Storm I would like to thank you for taking the time to read and answer these questions.