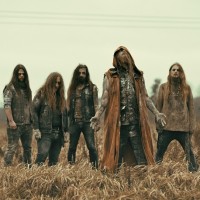 Wormwood's melodic, atmospheric and folkish black metal has made the band one of Sweden's most exciting recent exports. Following the success of their debut Ghostlands - Wounds From A Bleeding Earth a couple of years ago, they have now unleashed strike two, entitled Nattarvet (review here). The band's guitarist, Tobias Rydsheim, was available for an e-mail interview, so I took the opportunity of asking him some questions about the new album as well as a few other things. 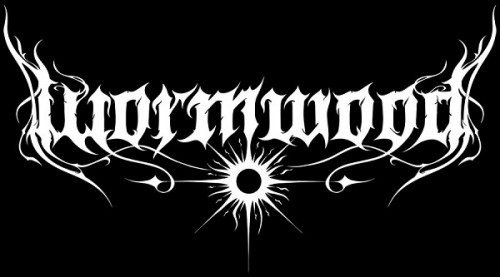 nikarg: Congratulations on the new album! What has the response to it been so far?

Tobias: Thank you! It's been far better than expected. So we're all happy about that. 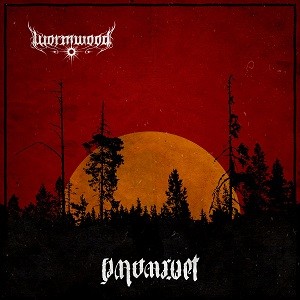 nikarg: You switched labels for Nattarvet's release, moving from Non Serviam Records to Black Lodge Records. How did you make that decision and how is this working out for you?

nikarg: The new album is darker and more melancholic than your debut, and the songs are also longer. Is there a particular reason that led you to this shift in songwriting?

Tobias: As a band we evolve and we are trying to do stuff even better, according to us. So this is just a natural event happening.

nikarg: What kind of procedure do you follow to write songs and where do you get inspiration from?

Tobias: As a guitarist it starts with a feeling I want to translate into guitarish. It could be the nature, abstract feelings or life/death in general. 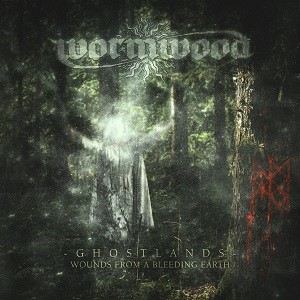 nikarg: Ghostlands got a lot of positive reaction (it also won two categories in our 2017 Metal Storm Awards for Best Melodic Black Metal Album and Best Debut). Did you expect this success back when you released it and did this success act in any way as a burden, given that it created high expectations for its follow-up?

Tobias: Haha, hell no! We did not expect much at all, so it was quite overwhelming for us. As far as I know, most people seem to like Nattarvet even better, just as us. So I guess we did something right again, but Ghostlands will always be a proud moment since it was our debut.

nikarg: As far as I know, you took over bass duties for Nattarvet after the departure of Borka. Since you are also playing guitar, who is the bassist when you play live, and are you considering getting a permanent member?

Tobias: Yes, we had a guy after Borka who did the live shows, but one thing led to another and I decided to record the bass myself. We have a new guy named Oskar Tornborg who is playing the bass live now, and it works out just great! So, we hope to present Wormwood as a five piece soon enough.

nikarg: What kind of difficulties did you face when writing and recording Nattarvet? Have you got a funny/interesting/bizarre story to share from the procedure?

Tobias: We did not have so many difficulties writing it, but we had to waaaaaaaiiit for a loooooong time for the producer to mix it. It was very frustrating, but in the end of the day the result was good, luckily! 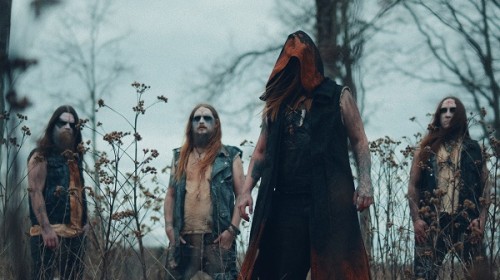 nikarg: Do you still have day jobs and, if yes, can you see yourselves living solely on your music in the future? How easy or difficult is it to make it in the modern day metal music scene?

Tobias: We still have ordinary day jobs, it sucks! So we need to work harder to end the suffering. Haha! Well, the music scene is a tough one, but we will continue to do our thing and we will see that the future will bring for us.

nikarg: What is your format of choice when listening to music, physical or digital?

Tobias: Vinyl is what I prefer to own, but digital music is more convenient.

nikarg: What is the best place you've visited to play live so far in terms of location and also fan response?

Tobias: Eastern and southern Europe have a lot of very dedicated Wormwood fans, and you can really tell that when you experience their response and support. Both on the live shows and online.

Wormwood after their live performance at Vagos Metal Fest

nikarg: Where do you dream of playing live in the future?

Tobias: I would like to go on a tour in the USA. We have not done that before, so I think that's the next step. I'm gonna buy a new hat and some cool boots when we get there.

nikarg: What kind of music do you like listening to? What are you favourite bands/musicians (metal or nonmetal)?

Tobias: Besides metal, I listen the most to classical rock, country, synthwave and different kinds of folk music. But I have always been a terrible name dropper so I will skip that.

nikarg: How do you see the future of metal? Do you like its fusion with other, nontraditional styles?

Tobias: Well, it's boring when new bands try to sound like the old ones. But it's of course cool to keep some of the old school elements in it. About the future? I don't know. I hope people will put aside all their favourite bands and start to listen to Wormwood, only! That would be the way for us to quit work for good! Haha!

nikarg: What other interests do you have outside music? How do you like spending your free time?

Tobias: I film a lot, making music videos and such, I also enjoy painting/drawing, spend time in the nature and to drink beer. But besides the band all my time goes to being a father for my 8 months old daughter right now. So "free time" is no more.

nikarg: Have you got any final words for our readers? Wormwood is a very popular band among them.

Tobias: First of all I would like to thank every single one of you that supports Wormwood in one way or another. We really appreciate it a lot! And I hope to see as many of you as possible out on tour in the future! Spread the word!

Big thanks to Tobias Rydsheim for taking the time to write down his answers and do this interview. If you haven't checked out Nattarvet yet, do so immediately over here.