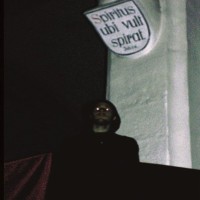 Funereal Presence released one of my favorite black metal albums of this year, which in turn lead me to discover Negative Plane as well. I was obviously curious to discover more, a bit intimidated by the usual cloak of kvltiness that such underground bands usually have. I eventually managed to make Bestial Devotion answer some questions for us and give us some music reccs too. 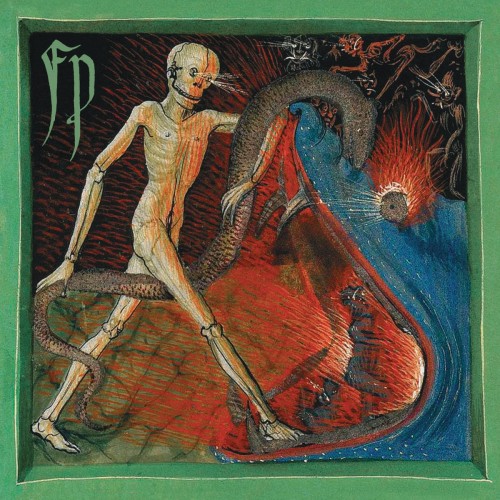 RP: All of your albums released under the Funereal Presence name have consisted of exactly four songs. Is there a reason for that?

BD: No, it just happened that way so far, I didn't plan the amount of songs per release. Maybe Into The Abyss by Poison influenced me to do that subconsciously.

RP: Achatius takes the four-song-an-album concept further by having all songs to be over 10 minutes in runtime. Why did you decide to structure the album like that and how is the writing process different for a long song compared to a shorter one?

BD: I've never written a short song, I can't compare. This is normal and natural to me, I don't have a template or concept in mind. Ironically, I can't stand prog rock for example and most of my favorite bands tend to have relatively short songs. I'd actually prefer to write shorter songs as it's fucking painful to rehearse songs like this but I'm never satisfied until some huge audial maze materializes for me to agonize over for months apparently.

RP: It's quite clear that the album's lyrics are meant to portray a story with "Achatius" as a character. Is the album's title a reference to Saint Agathius? If yes, why did you decide to use him as a reference? If no, is it based on something else instead?

BD: It's not based on that or any specific historical figure, there was maybe a miscommunication with the promo material which I believe mentioned this. It's based on my own overactive imagination and many medieval historical accounts and stories I'm fascinated with. In short, "my" Achatius does not refer to the martyr specifically but simply, well, someone given that name in the situation you can read in the lyrics.

RP: Was the cover art an actual medieval woodcut or was it made by someone for this record?

BD: It is an actual medieval piece. I cannot double-check right now but I believe the year is approximately late 1490s. I don't know the title nor the artist unfortunately.

RP: Medieval eschatology and Goethe have been named as inspirations of yours for previous records, which had lyrics sung in German, something not present on Achatius. Do you think your German heritage and the cultural shock of moving and living into a foreign country shape the formation of Achatius in any way as well?

BD: Being German, yes, surely. I actually think in many ways it's a much more "German" album musically than The Archer Takes Aim.

RP: In an interview from 2011, Nameless Void hoped that a third Negative Plane album would come around 2015. Considering that the said date has long been passed, instead of asking when it would come out, can you tell us how progress of its completion is going?

RP: You noted that you make music that no one does for you anymore. What do you think is missing from the black metal scene today or maybe has been missing for a long time?

BD: That was a statement purely about personal taste in a private conversation and not something I said to quote me on, so don't take it too literal or too seriously. I mean, I meant what I said I suppose but it's just a personal thing and I don't really care what others do, especially at this point in my life. I acknowledge that I don't hear many things that satisfy my very narrow-minded taste anymore but instead of complaining how everything is shit, what I can do is actually create the thing I want. Maybe that's what I meant? I can't really remember…

RP: You did mention that you're doing a lot of things that are considered uncool in black metal, like the hard rock inspired cowbell. How do you feel about black metal's self-imposed limitations and conformity for a genre supposedly about rebellion?

BD: Maybe but ultimately I just do what's right for, and completes, the song for me naturally. I would never shoehorn something into my music just for it to be there. I listen to a huge amount of early ambient music for example but I'd never toss some Brian Eno Light segment onto my album just because. I just listen to a lot of 60's and 70's hard rock and early heavy metal and worship those kind of drummers so to me using cowbell for example just doesn't seem weird or abnormal, it's just what I want to bang my fucking head to when the album's finished and I listen to it.

RP: How did you hope the scene would evolve when you first started getting involved with Negative Plane?

BD: We didn't consider that I think.

RP: You became Negative Plane's drummer despite drums not being your main instrument. How does it feel having a creative venture where you can play all the other instruments as well?

BD: Just natural, I've never done it any other way. I always wrote my own material but just stopped when I was concentrating on Negative Plane, then resumed whenever there was a period for me to focus on that again.

RP: Recommend us some obscure black metal or hard rock that you feel we should check out.

BD: For black metal, Tudor's Bloody Mary album from '92, which I only discovered myself recently thanks to Adam from Malokarpatan. It's eccentric and weird in that great way only Czech bands could be. Also really into Communion's At The Announcement album right now. Sleazy South American black metal prevails. For hard rock, as you put it, I'd say any of the first few Budgie LPs. They were fucking killer and while not particularly obscure anymore, still underappreciated in my opinion. Also Diamond Head's Diamond Nights compilation. This includes the original, dirtier and heavier mixes of "Lightning To The Nations" and early singles. Absolutely some of my favorite pure heavy metal and always a big inspiration on me riff-wise, it's perfect.

RP: How does it feel knowing that Fenriz liked your music?

BD: Highly flattering. He's responsible for some of the most important music to me of all time.

RP: Anything else you'd like to add for our readers?

BD: I can't think of anything witty nor exciting, so no.

Posted on 11.09.2019 by
RaduP
Doesn't matter that much to me if you agree with me, as long as you checked the album out.
More interviews by RaduP ››