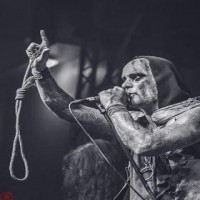 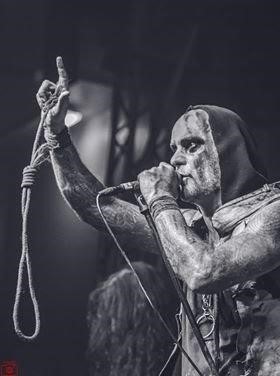 So here we are, amidst a global pandemic, a very strange and uncertain time in human history. As the world has ground to a somewhat painful halt, we have seen cancellation after cancellation of events across every industry, whether they be for entertainment or logistics, private or public - all industries have been greatly affected by the current quality of time. The world of live music and entertainment in particular is suffering harsh burns, as everything from local gigs to major commercial festivals has dissipated for the foreseeable future.

This is obviously devastating for all of us live music fans, but what about the artists? How are the creators coping? With scheduled tours and events being suddenly ripped away from them, artists have been forced back onto the bread line (as if they didn't have it tough enough to begin with), having to funnel their creative efforts through different mediums. One of these artists is Alan Averill of legendary Irish pagan black metal band Primordial, who, in an attempt to make sense of his own situation, has entered the arena of podcasting with his Agitators Anonymous show. Averill, aka Nemtheanga, is a veteran of the music industry. You may know him as the energetic and charismatic frontman of not only Primordial, who are impressively entering their 30th year as a band next year, but also, among others, Blood Revolt, Void Of Silence and Dread Sovereign, the last of which is due to unleash a new album in the near future. He has also contributed his distinctive voice to such legendary acts as Rotting Christ and Marduk.

In addition to all of this, Averill has just released the Heavy Hearts EP from his new "horror pop" project, Aprilmen. A joint venture between Averill and his cousin, G.A. Averill, Aprilmen is quite the departure from what we are used to hearing from Nemtheanga. Heavy Hearts is a synth-driven, moody yet somewhat bouncy affair that is an absolute must for those who have any interest in sounds that carry that '80s goth-pop flavour.

I asked Averill what brought about Aprilmen and what his plans are for its future.

AA: Aprilmen actually started out 4/5 years ago, my cousin does soundscapes, soundtrack music, incidental scores etc. and I've always been a kinda secret goth anyway since the late '80s, Fields, Sisters, Bauhaus etc. So he has a studio and every now and again I would go over with my bass and a few ideas and stand and play them to the clicktrack and he would build the songs around that and then we would move them into becoming a song, I would write a chorus etc. it's not a fast process and we have generally always been pretty busy, but the idea was to make old early-'80s analogue sounding goth/pop with proper vocals and choruses. Not synthwave '80s computer game music....

The debut full-length of Aprilmen is available for streaming and purchase at their Bandcamp. 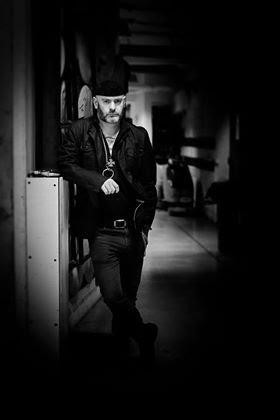 As with certain other artists, Averill has taken to the microphone in a very different way, starting his Agitators Anonymous podcast in an attempt to keep his creative muscles toned and hopefully to preserve some sanity in these troubling times. In Agitators Anonymous, of which there are three available episodes at the time of writing, Averill tells stories of the wild and early days of Primordial (the first episode featuring a humorous tale of black metallers Sigh and their first gig outside Japan, taking place in a rough Republican pub on Dublin city's north side), as well as sharing his personal experience in dealing with this new age of quarantine and isolation. It is truly an engaging listen, particularly if you, like many of us, are currently in a similar position of isolation due to social distancing. Averill is very articulate as he delves into the falterings of the past and displays a wealth of general knowledge peppered throughout his lyrical monologues. He demonstrates remarkable insight and experience in his dealings within the industry, having had regular columns featured in Zero Tolerance and Deaf Forever, as well as currently working for Metal Blade.

So is this podcast something that he intends to produce long-term, or is it just something to help stay warm during these times of cold crisis?

AA: Again, the podcast is something I've been threatening to do for years and just had it on the long finger as we say, then once all this happened I realised I had to do it for my own sanity but also the very stark reality of being an active musician who can no longer make any kind of a living. No income anymore at all, so whether anyone likes it or not, none of us know when live music is coming back and no one really knows what the future of employment is so maybe better to have some kind of structure out there. Maybe it grows to a point I can make enough for rent. Sounds depressing after 30 years of playing music but I think many, many people are in the same position now. Remote living and an online economy. Also I actually enjoy it, have some great stories to tell, have been around forever, travelled far and wide, have enough life experience I think and hope to be able to put into an entertaining podcast. 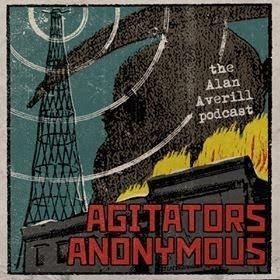 Many artists have even taken to the web, live streaming their performances. This has proven to be a surprisingly successful tactic, giving fans an opportunity to see their favourite bands perform from the comfort of their own homes. Is it something that Averill would ever consider?

AA: Yeah, again it's a new reality, but notice where those bands are from? Countries not as locked down as we are, where they can meet, right now in Ireland we cannot gather as more than 2 people, nor can we travel to a rehearsal to even casually film something. It's a depressing reality but it is what it is....this might be the future of live music for a long time to come sadly. It suits rappers and solo artists, it's hell for a band, too many moving analogue parts, and are we going to charge people in for that. I'm morally conflicted, but at the same time the very real prospect is that to pay the rent we may have to, necessity is the mother of invention, right? 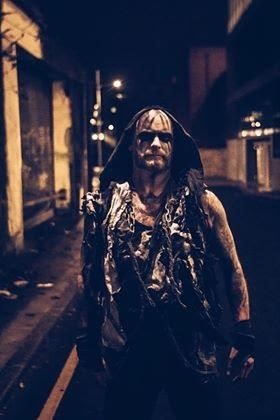 These are indeed difficult times for everyone involved, and it's sad to see the artist once again being most severely, and financially, affected. So, in the absence of concerts, gigs, and festivals, give some thought to that struggling creative soul, whoever it may be. Buy a t-shirt or an album, but do so directly from the band if possible. Support these artists who give so much of themselves for our entertainment.

Stay safe, and if you are confined to the indoors, why not check out Agitators Anonymous? We'll see what kind of future lies ahead for us in time... in the meantime, look after each other.

You can hear episode 1 of Agitators Anonymous here: