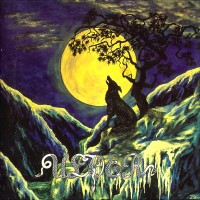 
Ulver have been a staple of the elite black metal community since their inception. Though often associated with Darkthrone, Emperor, Burzum and Mayhem, those founding bands who started the original ?Black Metal Circle?, Ulver have always been different.

Allegedly, Century Black had signed Ulver to release this album after hearing about the underground success of their previous works. Confident about a return, Century Black gave Ulver several thousand dollars with which to record the album. Surely though, anyone reading this review has seen the few flashy promotional photos of Ulver that depicts the band riding in a convertible wearing black suits and sunglasses. Ulver took the money given to them by Century Black, bought those clothes and that car, and then proceeded to record the album on a four track cassette recorder in one of the forests in Norway. Or so the story goes.

Of course there are other stories about the album too; one of them suggests that the band just made up the previous story and that the sound on the album is actually due to an expensive digital distortion effect.

Either way, the production on this album is? terrible. Playing this album can be physically painful on the wrong speakers. The high frequencies dominate, there is no bass to be found and there is an ever-present hiss that wears on the ears after just one song. Some call this type of production 'srue? or ?cult?. I call it obnoxious.

Musically the band does succeed with Nattens Madrigal. At the base of all the songs are fantastic efforts at classic thrash metal riffs, on top of which the band layers some very memorable and energetic tremolo-picked melody lines. The vocals of this album follow the Burzum and early Emperor varieties more than the Darkthrone and Mayhem style; they are course, choked, nasal and 'screechy?.

Whether you are looking for an essential black metal album to fill out your collection, looking for a good thrash metal piece or just want to hear what several thousand squandered dollars gets you, Nattens Madrigal is one album that you can's miss. Just be careful of the speakers you listen to it on.
Written by Markus | 02.09.2003