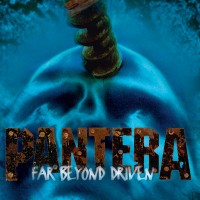 
Once upon a time in a far-far away land lived innocent people guided by their beloved divinities - Gentleness, Kindness and Softness. These people lead pastoral innocent life, shared intimate closeness with nature and with themselves. Everything around them was a pretext for love and kindness. But, as they grew in number, they discovered they had to import goods from the other lands surrounding their peaceful country. And thus they did , at first afraid by the ignonimous stories about the barbaric habits of "the outlanders", but finally, reluctantly releaved as they were by the precise advice from their divinites on the specific goods and countries to get them from.
"Remember, only get those goods my dear fellows for they will not contaminate you with the wickedness of those foul outlanders!"

But as it happens, four of the designated tradesmen, for no one was brave enough to volunteer to meet the outlanders, got misleaded into buying some whiskey from one of the numerous wicked salesmen. Cheated as they were, they innocently drank the foul liquid after a hard working day. The consequences were astonishing: the personalities of our four lovely companions completely changed, transforming them into rude, tough, irreverent and alcoholic creatures. These now foulest of foul creatures gathered under the terrific name of Pantera!

Then they acted swiftly. They first destroyed their own village, cursing the divinities and transforming their own fellow villagers into the same horror they had become; and wrote some kind of devilish hymn about it, naming it Cowboys From Hell. Then they attacked the whole country, in a frentic victorious momentum and savagely wrote as 2nd hymn - terrifying in its horror - Vulgar Display of Power.

Here we are then to review their 3rd album: Far Beyond Driven. As many people, I do think that Vulgar Display of Power is an almost perfection in the genre, and thus first listened to this 3rd album with these questions stuck on the back of my mind: " How hard must it be to compose a new album after such a success? Are they really going to make it?" And I have to say that they partly failed. The first 4 songs of the album are just amazingly brilliant and form the best start I have ever encountered!
But, after those jewels, the album runs out of efficiency because of a lack of coherence and structure. Where Vulgar Display of Power only contained high quality songs, Far Beyond Driven has completely useless and astonishingly stupid songs such as 'Good Friend and a Bottle of Pills'.

But it still has some qualities and definitely deserves to be part of your CD collection. But just do not expect it to be the best album ever or even the proud succesor of Vulgar Display of Power. Just a good one. Too bad Pantera.
Written by Maccas | 02.09.2003