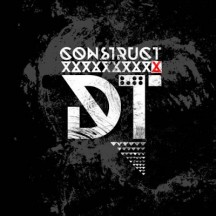 
When "For Broken Words", Construct's opener, was first previewed, reactions were mixed, to say the least - and that's only natural given the weird, mid-tempo nature of this song. Then we got a classical Dark Tranquillity song ("The Science Of Noise", a future live anthem to be sure), and a mellow song with clean vocals ("Uniformity"). Varied album? Indeed! So, how's the rest? Well, screaming 'masterpîece' is obviously a case of blind fanboyism, but talking about 'pure crap' is totally a prejudiced, off-the-mark vision; as usual (and especially with an album like this one) the answer lies in the silence in between (ah ah).

I'd say, for starters, that like its predecessor We Are The Void, it can't compare with DT's best works, but in a very different way. We Are The Void had its moments, but it was ultimately generic and bland; Construct isn't bland at all, it is a half-success / half-failure (your choice) of a band that, at last, tried to redefine a bit of themselves. And so we've got an album that oscillates between classic Dark Tranquillity songs (a classic but average example being "The Silence In Between") and things a bit more unorthodox than what we're used to - "For Broken Words", with its weird drumming and dark mid-tempo pacing, comes to mind; with the variations and emphasis on the various electronic effects and keyboard lines being a close second. This, combined to the fact that the main songwriter this time is Martin Brändström, gives Construct a slight Haven aftertaste.

Alas, even if it definitely features interesting variations and ideas, and as usual great riffs and guitar parts, the songs don't always end up that good. The band didn't push the experiments far enough, showing too much restraint somehow, and that's probably why this album feels awkward. And that's how we end up with an album that features, at the same time, some of DT's very best works - Mikael Stanne's best clean vocals so far on the beautiful "Uniformity", or the simply fantastic "Endtime Hearts" which once again shows that Niklas Sundin can be the best songwriter of the band - and some real, disappointing fillers (like "What Only You Know" or "Weight Of The End"). Oh, and bonus track "Immemorial" was largely album material; I wonder why it was pushed to the lesser status of 'bonus track', really.

To conclude, let's be honest: Construct is pretty weak. Yet, it grew on me a lot, and yes, I like it. I always find something moving me, or resonating with me, in any DT album, and their latest offering is no exception (that's probably why I'm a fanboy to begin with). In the end, this Construct really feels like a transition album, just like Haven was back then - it seems Daniel Antonsson's departure during recording sessions had a much bigger impact than expected on the band - and as such isn't always musically great, but a step forward (finally), a proof that Dark Tranquillity can still change and evolve. A good thing for a band that, in recent years, used to rest a bit easy on their laurels.

Written on 11.06.2013 by
Darkside Momo
Once your regular Hellfest reporter, now retired. I (strangely enough) listen to a lot of metal. And enjoy good beers, comics, novels and role-playing games.
More reviews by Darkside Momo ››