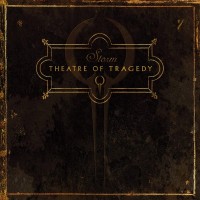 
And here we are, with the big awaited come back of the precursors of Gothic Metal from Norway, Theatre Of Tragedy… After two really deceiving and "special" electronics albums plus the departure of the charismatic Liv Kristine Espenaes a lot of people believed that the band was just dead. This is definitely not the case and TOT is back to prove (even if everything isn't perfect) that they still can do good music. The ones who were disabused by the two precedents albums should try this new one… They will probably have some good surprises.

No, if you're expecting that I will say that TOT is back to its roots, that the band is doing again some beautiful Gothic Metal, you're simply wrong my friends. They're not back to the amazing period of Aegis but let's be honest two minutes, when you just remember the last releases, it's extremely better now. The principal problem of the album comes from the differences between the songs. Actually, there are two styles of music on this release; the one of "Storm" or "Begin&End" extremely catchy but extremely popy a bit electronic and lifeless on a side, and the one of the really good and gothic "Fade" or "Senseless", with their superb dark ambiances and lines of piano, on the other side. It's a bit unequal at the end and a bit deplorable but ok ok, there are some good things on this album and the "good" songs are promising…

I cannot write a review about "Storm" without talking about the two vocalists. Nell, is an extremely good singer who knows how to sing with a voice full of real emotions. She was, in my opinion the best choice for the band. But well on the other hand, Raymond is extremely deceiving, when he was a good singer on Aegis (like on the two precedent albums), he was extremely bad on "Musique" and "Assembly" and it's unfortunately not better now. His nasal vocals aren't good and are just boring, too bad that he didn't know how to change his vocals… But well at least the production is perfect and Nell does a really good balance…

"Storm" isn't a bad album, especially if you compare it to "Musique" and "Assembly". Nell is an amazing singer, I really believe that she is among the best, and the band just did the good choice in my opinion, but even if we have some real radio hits, it's also a bit uncoloured for my ears. In any way this album is a deception, I will even say that the band is back on the good road, but I was expecting something in the vein of Aegis, and it's not the case. But at least, some songs like "Fade" give me some great hopes. "Storm" will probably reconcile TOT with some of their fans but will it convince them? That's the question...
Written by Jeff | 14.04.2006