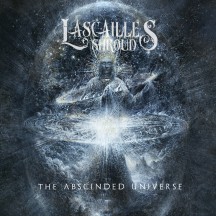 
Disc I
01. Integration: Into The Posthuman Continuum
02. Reborn: The Lamentation's Of A Dying Universe
03. Awakened: Not Even Remembered By The Dust Of Stars
04. Obscured: The Great Aphotic Barriers
05. Agony: The Sad And Beautiful Face Of Death

Disc II
01. War: A Congregation Of Non-Existence
02. Sorrow: The Conversation I Had With Death
03. Disenthralled: Into The Bulk
04. Transcience: A Moment For Our Eternity
05. The Guilt Reprisal


It's long, it's dark, it's tasty, aaaaand...
Not what you're thinking about, even if, in some moments, this album just feels like you're having sex with music.

This album offers more than two hours of... almost everything. Despite the extreme/death prog sound dominating the scene, Interval 02 proudly displays tons of twists, surprises and unexpected features that ensure the listener's attention and entertainment throughout the whole album.

The vocals, for instance, range from scratchy death screams to portentous growls, finding some rest in the interludes provided by female vocals and power metal performances from those John Yelland and Tony Cordisco we already had the pleasure to listen to in Judicator, just to surprise again with a spacey, robotized voice.

All of this Babel of vocals is surrounded by an equally wide variation of music: while screaming guitars, with surprisingly effective riffing and technical solos (but not just meant to flaunt their creator's mastery), predictably take the lead, they are aided by classic orchestrations, clean piano sections and modern keys.

The whole album is pervaded with a spacey atmosphere, perfectly achieved also thanks to an apt production and to the incredible consistency of the whole. Every single track, in fact, has a unique soul, but is loyal to the artist's recognizable stamp. What's really astonishing about Interval 02 is, in fact, the nonchalance with which it switches from the extreme power ride that "Awakening" is, to the alienating melodies of "Agony", spiced with stellar guitarwork. It's mainly thanks to this feature that the 2+ hours running time becomes not a weight, but an added value.

Lascaille's Shroud belongs to a genre, that of progressive death, that too often considers complexity more important than it actually is. Conversely, this album grants immediate and catchy choruses, but this shouldn't make you think Interval 02 simplistic or trivial, since one of its biggest merits is to melt perfectly technique and plain ideas, songwriting elaborateness and straightforward heavy tracks.

Interval 02, being an important improvement from its already excellent predecessor, claims with clamor a place for its creator in the highest spots of the genre, and revitalizes the tradition of one-man bands.

So, what are you waiting for? Check this shit out.

Written on 15.02.2014 by
R Lewis
Hopefully you won't agree with me, diversity of opinions is what makes metal so beautiful and varied.