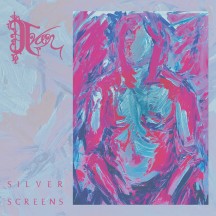 
01. Silver Screens
02. The Winds Will Scream
03. Underneath The Tapestry
04. Crystalline


How dare this Australian doom metal band steal the name of our dear founder?

Even though I may give them the benefit of the doubt that they just chose a very popular given name, they also released their album through Solitude Productions, a Russian label, so at least I'll give them that. Naming your band "Ivan" is still weird nonetheless. What were you two Aussies thinking? Regardless, here we have Ivan, an Australian duo that have been playing doom metal with a lot of death/sludge/funeral/drone infusions. Though their latest records have been taking it a lot easier on the drone side (to my dismay), the other parts are as strong as ever. If that sounds interesting, hop along.

Silver Screens follows up Memory, an album that put a lot more emphasis on the funeral doom side of things, and that also was comprised of two 20 minute long tracks. Here on Silver Screens, even if none of the tracks reach the 20 minute mark, the opening title track barely misses it with its 19 minutes. From there on, each song gets progressively shorter until a mere (by doom standards) 6 minutes. Totally just short of 45 minutes, like pretty much every other Ivan album, it's not a massive undertaking. That said, the quality of the stuff here really wouldn't make me mind them going over the hour long mark. Even though Silver Screens still inhabits the same waters as Memory, there are enough changes to make it its own beast.

It is weird for such an emotional doom metal album to have the chugging almost djent-ish guitars that the title track has, but somehow they add to the contrast of sounds instead of degrading the experience. The death side of their death doom sound is pretty strong in some areas even if the pace never gets picked up too much, but the growls and riffs do have a bit more aggression in them than usual for such a slow affair. But aggression isn't really Silver Screens' game as much as emotional potency and the extended palette of sounds. Which brings me to the violin, which has became a trademark of Ivan's sound. Incorporated quite well instead of just being placed in sporadic sections, the effect of romantic warmness it gives to the album cannot be understated.

It isn't just the violin that does so much to the soundscape, even though it is the easiest to notice and identify, but a lot of the soundscapes in the less metal bits are genuinely beautiful and touching, even by funeral doom standards, where this dramatic sense of despair and longing is the name of the game, but Silver Screen manage to achieve it by both using the usual funeral doom sound, by amping up some of its more aggressive components at times, and by expending the sonic palette with violins, synths, and what I can only guess are some other instruments I cannot really identify. Most importantly, each of these aspects of their sound is masterfully integrated into the songs themselves, to make the end result full of surprising turns and emotions. Like the intro of "Underneath The Tapestry" where the bass and the xylophone and what sounds like horns make such an unexpectedly warm sound compared to the cold funeral doom of prior only to turn into it, albeit with some of the warmth lingering as nostalgia.

I guess I can forgive them for their name, but only if they also bring some of the drone back.

Written on 30.07.2020 by
RaduP
Doesn't matter that much to me if you agree with me, as long as you checked the album out.
More reviews by RaduP ››