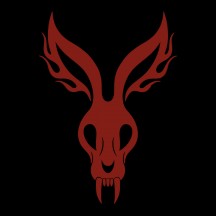 
How subversive is it to reunite your cult classic band only to record your first demo that most people haven't even heard.

For people for whom Mike Patton is more than just Faith No More's singer, Mr. Bungle is an absolute classic and bonkers band, as genre-defying as genre-jumping, taking everything from funk rock to alt metal to avantgarde to jazz fusion to circus music to ska to world music to musique concrete to God knows what else, sometimes within the span of the same song. But even if their debut self-titled record came out in 1991, the band was actually formed by a few highschool colleagues back in the mid 80s. Their first demo, 1986's The Raging Wrath Of The Easter Bunny, is kind of an outlier in their discography. Though it's far from the most conventional of metal, it is mostly consistently just thrash metal, a slightly humorous, bonkers with bits of punk and death metal, but thrash metal through and through.

So now that we now that Mr. Bungle were once upon a time able to keep their feet in a single genre for the duration of an entire record, it's a bit mind boggling that for such an innovative band, it would be this first demo that they revisited, let alone that they revisited anything. But partly it makes sense. Mr. Bungle's 90s run is quite a "sacred cow" that releasing something that's new material will absolutely fail to live up to the name on expectations alone, especially since Patton already lived through that with the Faith No More reunion. And also, if we're being honest, The Raging Wrath Of The Easter Bunny is the only Mr. Bungle recording that could've benefited from some polishing.

Out of the four main people involved in the original demo, it is only the drummer that isn't part of the reunion, but then again the original demo was the only Mr. Bungle release he was part of anyway, and he is replaced by none other than Dave Lombardo, who Patton already worked with in Fantômas. Also joining the band is Scott Ian as a second guitarist, both of them making sense considering the thrash sound of the demo/album. What is however disappointing is that "Evil Satan", the only bonkers non-thrash song on the demo is also the only song that wasn't rerecorded. However the band makes up for it by adding some new songs (new for us, since they were written around the same time), and a few covers. And also by making the entire thing feel actually effective by some top tier performances and a production where you can finally tell what's happening. As Dunn said, having Lombardo and Ian felt like using your Ph.D in thrash metal to talk your professors into joining you to give those songs the respect they didn't get all these 35 years.

The original songs were never really top-tier, like you could tell they were inexperienced teenagers really into extreme metal and random humor, but now amped up by their original inspirations, there is a lot of new life into them that makes the juvenile feel of it a bit more credible. An uninspired riff will still feel somewhat uninspired even if played by the best of guitarists, so it feels like there is some tweaking involved. The bass playing becomes somewhat of a highlight even though it was barely audible on the demo. But the absolute star of this record is still obviously Patton. Almost forgoing his clean or operatic register for only shouts, screams and rasps, he still performs those with such a versatile flair, injecting it with some wackiness when necessary. The increase in quality for the songs is quite unimaginable, but I don't really have the same frame of reference for the other songs. However them following up the "Cucaracha" segment of "Hypocrites" with a Spanish version of S.O.D.'s "Speak English Or Die" with the actual guitarist who played on that song is one of my favorite moments of the year period.

Ironic that so many old bands try and fail to relive their glory days even when writing new material, but one of the most forward thinking bands does it so on the nose that it kinda breaks the whole thing. And they even plastered the word "Demo" on it. It's a bit too long for its own good, but Mr. Bungle seem to hold my attention even when playing straight up thrash. I doubt they'll feel the need to record their other demos as well, but part of me hopes that Patton, Lombardo and Dunn getting back together is three thirds of a way for the last remaining Patton group I want to see reunited.

Written on 02.11.2020 by
RaduP
Doesn't matter that much to me if you agree with me, as long as you checked the album out.
More reviews by RaduP ››