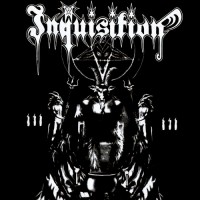 
01. Embraced By The Unholy Powers Of Death And Destruction
02. Enshrouded By The Cryptic Temples Of The Cult
03. Kill With Hate
04. Rituals Of Human Sacrifice For Lord Baal
05. Invoking The Majestic Throne Of Satan
06. Hail The King Of All Heathens
07. The Realm Of Shadows Shall Forever Reign
08. For Lucifer My Blood
09. Imperial Hymn For Our Master Satan
10. Outro


This is certainly not the highest quality black metal album you will hear nor a classic compared to what the bands from the early Norwegian scene produced, but out of all black metal albums, this is the one I tend to keep coming back to. Why? Because of those amazing riffs!

Transilvanian Hunger, Filosofem, and De Mysteriis Dom Sathanas, I would consider classics in the genre. This lacks the atmosphere of those albums, mainly due to the way it's produced, but this album is to me one of the most enjoyable. The riffs are just outstanding; some of the best I have ever heard in black metal, with great, catchy melodies that you can't help but nod your head to. Much like the debut, except the songs in general are shortened, and more simplified. The melodies and rhythms are of the same formula they would use throughout their whole discography to date, and some riffs in later albums will sound all too familiar to what you'll hear on this album.

The riffs still have elements of thrash metal here, as Inquisition originally were a thrash metal band in the style of Sodom and Kreator, but the style of riffing is obviously much darker, and slower in tempo here. This is more black metal orientated, because they saw thrash as dated, and so they were driven more towards black metal, with influences by bands such as Bathory, Burzum and Immortal.

The song titles are a mouthful, they sound more like verses to me, but I suppose in a way that was intended. They are supposed to be more in the style of Satanic based hymns. The lyrics are typically Satanic based, as with all Inquisition albums, so don't expect anything different. The Satanic lyrics are what Dagon himself describes as speaking for Satan's existence and recognition, and he describes these lyrics as the code for which black metal is founded upon. Dagon describes his vocal style as being influenced by Mayhem's Attilla, although his vocals have often been compared to Kermit the frog, which I find hilarious! I never really thought about that when I first heard his vocals.

To quickly summarise, this album is a decent black metal album, with thrash influences, and very Satanic based lyrics. The highlight is definitely those quality riffs, and in my opinion the best album they have done to this day.