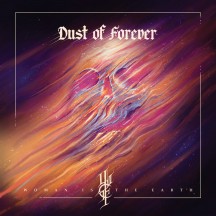 
Is it really that much of a surprise that nature is still one of black metal's biggest sources of inspiration? From the deepest caves to the furthest starts. Woman no longer feels like just the earth.

I may be going on a whim, since I'm not really taking the album's lyrics into account when describing this, but only the vibe that I get from the music itself. I've been really impressed by Woman Is The Earth's latest album, 2016's Torch Of Our Final Night, which ended up among my overlooked favorites, and one they were quick to follow-up with an EP, 2017's Thaw. I've had some time to dive a bit into their back catalog, and though their evolution is undeniable, if there was one descriptor I could use to place on their brand of atmospheric black metal, it's "earthy". It's the kind that is not necessarily as cold as black metal can sometimes feel, but with a clear natural focus. It's even in the name: Woman Is The Earth.

This marks the longest period of time in between releases for the band, and even though the lineup stayed exactly the same throughout the band's existence, it feels like there is a small shift in sound. It's still atmospheric black metal, with a pretty big post element, and I could still call it "earthy" mostly, but out of all Woman Is The Earth albums, Dust Of Forever seems grandest in sound and scale. I wouldn't call it quite "cosmic" or "astral" just yet, but it's the furthest the band has made their sound feel like approaching that direction. And ironically they do that by trying to work a difficult balance between grandeur and ferocity.

It's hard to strike balances. Cold and warm. Atmospheric and direct. Pummeling and melodic. Uplifting and desolate. Dissonant and brooding. Trying to achieve both can lead to a pitfall when you end up doing neither justice. Dust Of Forever seem like it's trying to balance a lot of things of the ones mentioned, and I can say that it does a pretty good job even if it fails to be too impressive in any of its areas. Instead it works as the sum of its parts, where even if none of the parts themselves really go the extra mile, the whole works fantastically well as a beast of an atmospheric black metal record. All that I'm wondering is whether their undeniable skill at their craft will lend this album memorability in the long run. Ask me again in a couple of years.

Written on 31.08.2021 by
RaduP
Doesn't matter that much to me if you agree with me, as long as you checked the album out.
More reviews by RaduP ››