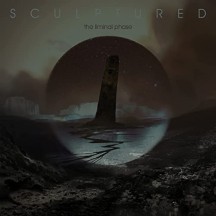 
01. The Ordeal Of Undecidability
02. Dead Wall Reveries
03. State Of Exception
04. At The Margins Of Light
05. Only Shame Can Save Us


My disappointment is immeasurable and my day is ruined.

Okay, okay, let's not get ahead of ourselves. Let me explain. I'm not overly excited about new releases. I'm at the point where there are so many releases dropping each Friday that I'm down to listen to and potentially write about, that it feels like I don't have time for all this music. I don't really have time to get excited about stuff. A new Full Of Hell? Sure, let me get through the other 10 releases from that Friday that I also wanna check out. I can't not listen to that, some other writer did a review of it. So on. Stuff that really gets me excited beyond mere acknowledgement and mild pleasure at the thought of its existence is rare. In this case, it was something that I really never thought I'd get to see. A new Sculptured album. Can you imagine that? Well, I suppose you would if you heard of them. Okay, let's start somewhere else. Do you know Agalloch?

I probably shouldn't tell you that I'm a massive Agalloch fan. Read all about it. So I went into Sculptured's discography from the perspective of an Agalloch fan. Throughout it's lifetime, Sculptured has had three Agalloch members in its stead, having actually been founded by Don Anderson in 1996, so it goes way back. Jason William Walton has been doing bass since 1997, and John Haughm did drums and vocals on one of the albums. I loved Sculptured's first two albums because they were a bit of a more progressive take on the early Agalloch sound, complete with the raw production and slightly sloppy performance that gave it such charm. As Agalloch gained popularity, Sculptured was sidetracked, coming up with just one record since 2000, it being 2008's Embodiment, a record that was more focused in all aspects, even if it reduced some of the charm of the 90s works. A new Sculptured record, now that Agalloch and later Khôrada had been dissolved now seemed like a possibility, but one that felt like the promise of a new Tool album back in the day. And, just like Tool, now it's here.

What The Liminal Phase made me expect, was a version of Embodiment that finds everyone involved even more mature and with the skills necessary to craft the continuation of the sound. They had the time, they had the experience. I was already pretty bitter about Khôrada, ironically both about their only album and their breakup. And the first listen through The Liminal Phase felt like I was never allowed to be excited about music again. What in the world happened here?! It's like all the necessary ingredients for the best Sculptured album are here, but someone completely botched the recipe anyway. It's like the album is hidden in here somewhere, and we're only left to imagine what it would sound like if it were here. You had all the time in the world, and yet this is the mix that you were content with?! Sure, it's not like Khôrada had production that was very appealing either, but here the mixing was done by one of the members, so it's not like it was out of their power.

Ok, mixing aside, I do have a bit of power left in me to imagine how those guitars would sound like. And I'm still not sure how impressed I am. Sculptured's vocalists were never top notch, and as it is, new vocalist Marius Sjøli might actually the best vocalist that Sculptured ever had. I'm just not convinced that his vocals have any place being on a Sculptured record. It's like you asked Paul McCartney to play on a Sunn O))) album. There's a time and a place for everything. Ok, maybe not that stark, and his vocals have grown on me, perhaps even more that Aaron John Gregory's did. Like I said, a good ingredient, a botched result. And considering the songwriting, I think there was an attempt to write around his vocal style, but it doesn't feel like it does enough to really fit the pieces properly. And what's worst is that some moments of the album potentially sound pretty great. The keyboards and the cellos, the latter courtesy of Jo Quail, do create some moments I'm really frustrated that I have no way of properly hearing.

This is a disaster. And it potentially could've been a great record. But we don't get that. We get an unfinished mess.

Written on 27.09.2021 by
RaduP
Doesn't matter that much to me if you agree with me, as long as you checked the album out.
More reviews by RaduP ››