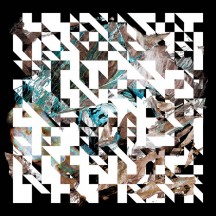 
Can you clear a 50 minute slot in your schedule to be beaten senseless?

If there's anything good I can say about Oxidized on first glance, compared to its predecessor, is that it is shorter. But only by a couple of minutes. Why is that my first point to make about a band I love? Because it's too much. It's the one criticism I kept raising at both Unloved and Orange Mathematics. They turn an amazing concept of extremely pummeling music into an endurance test. It's not really like a non-stop assault with no dynamics, but it's the kind of thing that isn't really fit for long doses. And each of Frontierer's records have lingered in the 50 minutes zone. This one has 49 minutes, so it barely escapes that.

Ok, but Frontierer's music can't be that heavy, right? Well there's stuff like Sermon Of Flames or Encenathrakh that also reached similar levels of intensity, and for all of them my only possible gripe was that the latter was too long for its own good. But closer to Frontierer we have Car Bomb and Sectioned, the latter being a more powerviolence version of this band, also with the the same mastermind, Pedram Valiani, behind it. But somehow, Frontierer's Unloved felt like a weapon of mass destruction, as I called it in my review, a city-leveler or djenty glitches.

Oxidized feels like it makes a bigger attempt at fixing some of the issues of Unloved: better productions, more dynamics, shorter runtime. But if you noticed that the runtime is barely shorter, you'll know that the increment is noticeable, but still leaves to be desired. But then again, what does one desire from a Frontierer record? They've already built a reputation for how relentless their music is. The thing I'm criticizing it for may just as well be precisely what folks are looking for. I would absolutely love a 40 minute long Frontierer record with more contrast. But I already have a bajillion mathcore bands to scratch that itch. There's no one else doing mathcore at this ugly a scale.

I'm not gonna sit here and pretend that I didn't immensely enjoy this. There were a shitload of moments on it that had me unable to keep my head in place. Chad's vocals might be a bit one-dimensional, but they're the perfect fit to ground this artificial mess into something more human. Frontierer's use of electronics is perhaps not fully integrated, but there's some clear love for IDM and glitch that goes beyond entry-level, judging by how its used here. It's absolutely an achievement to be able to implement all those electronics breaks and pace changes and somehow not have the intensity drop. Even those small industrial breaks in "Stereopticon" make suspense and intensity feel less dichotomic. Add some guest spots from Will Haven and Ion Dissonance members, and you have Frontierer's most complete record to date.

If you ask me, I'd still like Frontierer to move in a certain direction that I already described, but out of all their records this one felt the least like just an endurance test.

Written on 13.10.2021 by
RaduP
Doesn't matter that much to me if you agree with me, as long as you checked the album out.
More reviews by RaduP ››