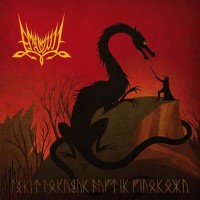 
Túrin Turambar Dagnir Glaurunga Is ideal for Tolkein fanatics who are perhaps tired of listening to the mighty Summoning, and are familiar with Caladan Brood. If so, and you're in search of a new Tolkein-themed band, one that contains the same old majestic Middle-Earth atmosphere, well Emyn Muil's impressive debut surely delivers the kind of atmosphere you might be looking for.

Emyn Muil is a one-man project orchestrated by Saverio Giove, who cleverly uses medieval-sounding synthesisers to create an epic soundscape similar to what you hear on Stronghold, so it's clear that Summoning has had such a huge influence on Túrin Turambar Dagnir Glaurunga, so much so that the sound is almost a copy of the early maturing Summoning sound itself.

Unsurprisingly, everything to do with this album is Tolkein-themed, from the band name to the song titles and lyrical content. The lyrics tell of Tolkein's epic legendary tales, much like other Tolkein-themed bands such as Summoning and Caladan Brood, but unlike those bands mentioned, the songs on this album are not too long at all. Although the songs are in general much shorter, they still manage to contain the epic atmosphere, whilst not becoming too much of a bore for the listener.

The downside to Emyn Muil is the band is certainly no Summoning; yes the atmosphere has that epic feel to it, as if you are wandering through Middle-Earth itself, and in parts there is a feeling that you are right in the thick of the action, fighting Orcs on a battlefield, but you get the impression that maybe Saverio tries too hard to replicate Summoning's style. Unfortunately, the authenticity and songwriting just isn't quite to that high standard, and lacks originality, but credit where it's due, Saverio gives a mighty grand effort at creating those Middle-Earth soundscapes.