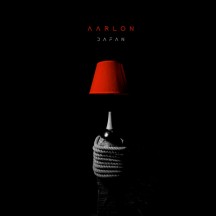 
I’ve written over 250 reviews for this website; it’s about time I covered a band from India.

Despite a population of well over 1 billion people and an active underground metal subculture, there’s been few breakout bands or albums from the country, and the lack of profile our writing team has given the country’s scene has been lamented by ourselves on more than one occasion. On my end, I’ve seen Skyharbor live and gave Bloodywood’s album from this year a listen following SSUS’s enthusiastic review, but that’s pretty much the extent of my interaction with Indian metal, so New Delhi’s Aarlon messaging me about the impending release of their debut record and asking whether I would like to review it served as a good opportunity to get better acquainted with current happenings in the country’s scene. As it turns out, Dafan is a good enough album for me to want to review regardless of the context of where it comes from.

There are some parallels that can actually be drawn between Aarlon and Bloodywood; both released their debut full-lengths in 2022 (and only a month apart from one another at that), both feature lyrics in Hindi, and both can be tied to varying degrees with alternative metal. However, the groups diverge at a closer inspection; to start with, while Bloodywood alternate between Hindi and English, Aarlon exclusively utilize the former. Beyond that, the style that Aarlon play, in contrast to Bloodywood's take on nu metal, lingers somewhere between alt-metal and metalcore, with additional hints of prog, djent and post-rock. I’m not sure whether I was the only one on the writing team approached by the band, but if I was, Aarlon definitely chose the right person to ask for a review, considering that stylistic mix.

The element of Dafan that was most heavily highlighted as a factor that differentiates it from similar records is the use of Hindi as the language of choice, and it’s a move that works really well for me. Although I have no understanding of the language, I appreciate how its use influences the flow and shape of the vocal melodies used by singer Pritam Adhikary, taking them in a direction that occasionally runs close to Indian music that I’m more familiar with. At the same time, this approach fits naturally with what is otherwise a very Western-sounding style of music. There are moments, more so in the earlier songs in the tracklist, where the vocals feel a bit rough or lacking in power, but for the most part they’re a strong feature to Dafan.

Instrumentally, the group draw from a number of familiar sounds that have seeped into metalcore and alternative metal in the past couple of decades without feeling like a direct replica of any one band in particular. Some tracks kick off loudly, such as the groove attack of “Vidroh” or the djent-core introduction to “Rok Lo” (which reminds me a lot of Polaris, the band I felt Dafan most consistently resembled); however, both of these tracks evolve nicely to more melodic and uplifting resolutions, especially the euphoric climax of “Rok Lo”. Other songs start soft work their way towards louder territory, with “Panchhi” keeping things acoustic for the longest time before eventually reaching a more metallic refrain in its closing minutes, and “Tu” ranging from a gentle melodic introduction to a TesseracT-style prog/djent climax.

Aarlon are perfectly happy to avoid going overly heavy on tracks if not necessary; “Saavan” is a lovely mid-record cut that reminds me of the softer songs from Rivers Of Nihil’s The Work. “Savaan”, along with the more alt-rock-oriented “Aaina”, make use of post-rock tremolos later on as they build, a nice feature that they employ intelligently. Still, the band can hit hard when they need to; “Inquilaab”, perhaps the best amongst a tracklist of quality tracks, has some thick djent grooves, aggressive verses alternating nicely with big, grandiose modern prog choruses. I mentioned before that there was a progressive slant to this album, and “Inquilaab” arguably represents it at its most obvious, with the complex grooves, shifting emotions and elaborate song structure, taking a detour through what might be the only meaningful breakdown on the album before taking things to an emotional peak with the slick lead guitar melodies in its powerful climax.

Dafan is an album that plays to a lot of my preferences in metalcore and similar accessible genres, hitting a good range of different tones and stylistic cues in what is a very compact (just under 35 minutes) and well-paced package. This is a record I listened to out of curiosity due to the rarity of a band approaching me for a review, but it’s one that I imagine I will keep coming back to. I don’t know whether Aarlon will be able to generate the kind of following outside of India that most other metal bands from the country have struggled to obtain, but they’ve certainly got the talent to do so.

Written on 02.04.2022 by
musclassia
Hey chief let's talk why not
More reviews by musclassia ››