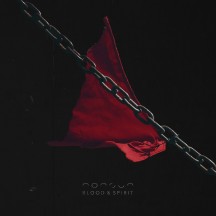 
01. A Wizard Grieving Over The Loss Of Magic
02. That Which Does Not Kill
03. Days Of Thunder Bring New Wisdom
04. Guilt, Disgust, Disaster
05. In Your Eyes I’m A Cripple

Ukraine is pretty well known for its black metal and its psychedelic rock, even though the country is on everyone's minds for different reason now. There's been no shortage of Ukrainian music lately (including this gem) but most of them were crafted before things reached the boiling point. But the entire situation has been tumultuous since 2014, so it's no surprise that Nonsun are coming back with an even more tumultuous album. I remembered them from their 2016 record, Black Snow Desert, which has turned them into the kind of band that had me check once in a while to see whether they did anything since, and had me accidentally and momentarily excited when Nonpoint announced a new album because I mistook them.

What I did remember of Nonsun's Black Snow Desert was that it was a drone album that still had a very doom-ish and sludge-ish sound, albeit a pretty weird one. Blood & Spirit comes quite a way from it, moving into a more straight-forward post-metal direction, while also expanding the lineup. Nonsun is now a four-piece, as opposed to the drummer/everythingelser duo they used to be. Joined by a new guitarist, and everythingelser's bandmate in Apostate joining up on bass, this more band-like structure is reflected with a more organic and expansive sound.

There's still plenty of traces of the band's dronier leanings from the past, mostly in the form of extended sections of tension. The post-metal sound here really pushes as much as it can in the atmospheric side. It's easy to see in hindsight now that the album evokes images of bombs and cities being shelled, which is an image that inevitably will stay with this album forever, even if that was not the original intent. And yet it perfectly evokes the mix of despair and defiance of what it must feel like to be on the receiving end of an invasion. As the Bandcamp page states: "What doesn't kill you... Does it make you stronger? Or leave you even more crippled?". Time to find out the hard way.

Though unintentionally, this is an album that really feels purposeful, evocative in the best and worst of ways simultaneously.

Written on 27.04.2022 by
RaduP
Doesn't matter that much to me if you agree with me, as long as you checked the album out.
More reviews by RaduP ››