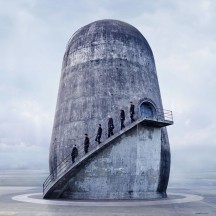 
Time can provide many things. It can provide perspective, maturity, and wisdom. It can also show signs of deterioration.

Out of all the bands that I listened to when I was first introduced to metal, Rammstein is the only one I love with as much fervor as I did back then. Their unique image, thought-provoking lyrics and hard-hitting music deliver a final product that to me feels serious while also being highly entertaining. A band that can mix wild fun with dark sophistication. I was both scared and excited when the untitled album from 2019 was released. It had been a decade since Liebe Ist Für Alle Da came out. A lot of things can change in that time. I know my tastes did. Fortunately, 2019’s release saw the band with plenty of rejuvenating energy. Rammstein felt relevant again. I was excited for a band I treasure so much.

So you can only imagine my discomfort after having such a hard time appreciating Zeit. Rammstein’s eight album is a product of the COVID-19 pandemic, as the band was forced to postpone their tour due to the lockdowns. I’m glad their creative juices were developing and needed an outlet but maybe an unplanned album is not the right course of action for them. I can’t properly explain what I expected from this album because I always appreciated Rammstein’s ability to create all kinds of vibes through their diverse songwriting. So maybe I should go through the different faces of the band and why their last album struggles with each facelift.

The hard-hitting Rammstein? You’ll find that there are a lot of slow-passages and ballads in this album. This gives Zeit a sense of identity though, as I can’t recall the band ever sounding this consistently attuned to calmer tunes that draw plenty of inspiration from genres like goth rock. That being said, “Zick Zack” and “Angst” pack plenty of firepower and catchiness along with a lyrical content worth checking out. Unfortunately the other pair of punchy tracks, “Giftig” and “OK”, don’t feel nearly as inspired and their choruses verge on the annoying, which leads me to another facet of the band:

The witty Rammstein? I honestly feel the band's lyrics have dropped in quality. Even their most cheeky tracks like “Sex” or “Pussy” have more poetry and subtlety in them than “OK” and “Dicke Titten”. And worst of all: Both the songs and the lyrics are simply not funny. They are too immature for an otherwise excellent writer like Till Lindemann. “Lügen” is a surprising highlight though; it is fitting that a track about a liar sees Mr. Lindemann using auto-tune to great results.

The anthemic Rammstein? Well, the band never had a big problem here. If there is one thing Rammstein can always do well, it is to create a handful of songs that are perfect for a live setting. Opener “Armee Der Tristen” is eerie and bleak, with a marching pace that keeps you hooked in similar manner to “Reise, Reise”. I’m sure the ballads “Adieu” and the title track will also gain more power when played live, but overall the album doesn’t seem to provide many tracks that invigorate Rammstein’s concert legacy.

The emotional Rammstein? With an album so filled with ballads and mid-tempo songs, it is striking how little connection I feel with many of the songs. Maybe they will mature with time, but as of now, “Meine Tränen” is the only track for which I can properly submerge in dark, melancholic waters. The gothic metal style of that track carries a sound and lyrical content very similar to “Mutter”.

For each track in Zeit I find compelling, I seem to find at least one I can’t fully engage in. I’m glad Rammstein felt the creative call in the midst of a bad situation, but perhaps Zeit needed another lockdown before release.