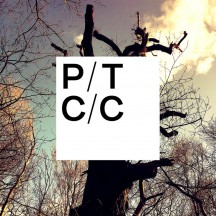 In the decade-plus since The Incident marked the beginning of an indefinite hiatus, “when will Porcupine Tree return” has probably been the question that Steven Wilson has been most frequently asked, despite five full-length records under his own name in the intervening years. Such was the adulation for what the British progressive rock band accomplished in their initial run that longing for a continuation, or at least some sense of closure, was perhaps inevitable. Well, 13 years after The Incident, Porcupine Tree have returned with Closure/Continuation, an album title as enigmatic about the project’s long-term future as the members’ interviews since the end of their extended hiatus was announced. Whether this will be a long-awaited last hurrah or the start of something beautiful remains to be seen, but whatever this represents, I can’t imagine there will be many fans that feel let down; this is an album that reminds people what they were missing.

Wilson has spoken in interviews about how he didn’t want to take a step backwards with this band, and that Closure/Continuation is an album that benefitted from the long gestation period to become more than just ‘more of the same’. Still, this record isn’t going to sound particularly unfamiliar to anyone who’s been listening to anything that Porcupine Tree released since their trajectory away from protracted psychedelia began with Stupid Dream. That quintessential warm, accessible yet subtly complex sound that characterized the band after the turn of the millennium is fully present here; Closure/Continuation is perhaps closer to early 2000s records such as Lightbulb Sun and In Absentia, however. There are some heavier moments to be found here (“Harridan” goes hard in its instrumental midsection, while “Rats Return” and “Herd Culling” have an aggression to match the subject matter), but even considering that Porcupine Tree were never more than on the fringes of metal, this is not an album that embraces volume and brashness.

Instead, Porcupine Tree allow themselves to sprawl and explore as a rock band; four songs out of seven on the standard edition exceed 7 minutes (it turns out that the final three tracks on the streaming version are part of the deluxe edition), and a song like “Harridan” sees its eight minutes put to very good use, as the trio venture between ominous verses, bright choruses, intense instrumental jamming and brief moments of tenderness. “Harridan” is a pretty perfect way to pick up after 13 years, and it, along with the rest of the album, is allowed to impress to its fullest thanks to a predictably stellar production job by Wilson and company. It’s a production that gives equal body to the melancholic clean tones of “Of The New Day” and “Dignity” as it does to the full-bodied riffs of “Herd Culling” and electronics of “Walk The Plank”.

Evidently, all the pieces of the puzzle are in place, but as an overall package, how does Closure/Continuation stack up to the band’s classic records? Well, at risk of going against the grain, I have to admit that, for all the excitement I had the first time I listened through the album and reveled in the excitement of hearing the classic Porcupine Tree sound rendered afresh, I’ve not found myself maintaining as much enthusiasm as I expected across repeated playthroughs. For all the virtues of “Harridan” in particular, but also “Herd Culling” and a couple of other tracks, I’m not finding myself encountering anything that really captivates me on this record. There’s not been any one moment or track that’s left me excited to spin it again in the way that the band’s strongest songs have in the past. This is by no means me implying that Closure/Continuation is ‘Porcupine Tree-on-autopilot’, but I have to be honest and say that I’ve found myself less eager to begin each new replay of the record prior to writing this review, which isn’t a great sign in terms of long-term appeal.

Perhaps the one aspect that I can point to as a concrete reason behind this is some of the vocals; it’s perhaps ironic considering I read a review in which Wilson said that he felt like a more confident singer this time around compared to during the band’s first run, but whether it comes down to tone, performance or just the melodies, there’s moments scattered across the album, and particularly in softer cuts “Of The New Day” and “Dignity”, that had me drawn towards the ‘skip’ button in the way that his singing never really did on previous albums from this band. It’s a shame, as Porcupine Tree have historically done some of their finest work in their soft songs, and the guitar-less “Walk The Plank” is a great example of how well the band can work without any heaviness, but in these instances I’m left at times slightly underwhelmed.

Ultimately, though, there’s more to appreciate in Closure/Continuation than there is to critique. It’s a solid return from Porcupine Tree that justifies the clamour for said return, and if it does end up being a swansong, I think most prog fans will be glad that we were at least given one more taste of this iconic band.

Written on 30.06.2022 by
musclassia
Hey chief let's talk why not
More reviews by musclassia ››