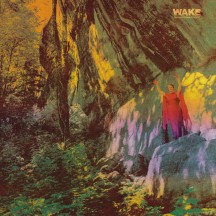 
Wake’s quiet evolution during the first decade of their existence culminated in a staggering redefinition of their sound in 2020; with Thought Form Descent, they show that they remain hungry to grow even further.

Starting out life as a grindcore band, Canada’s Wake generally remained within this genre for their first few records; however, even within that genre, it was possible to hear subtle developments in terms of what they were capable of as each new record came and went, and with 2018’s Misery Rites, the first real signs of expansion could be heard with its long closing track and general increase in dynamic range. Nonetheless, 2020’s Devouring Ruin represented a giant leap where previously there were gradual steps, as the grindcore moved into a secondary role in favour of a more blackened death metal sound. A few months later, and the Confluence EP signalled an even more dramatic mix-up in approach, incorporating extended cleaner sections, progressive inclinations and substantial post-rock/post-metal elements. This double-header of records completely revolutionized my opinion of Wake, and left me excited for their future and the possibilities of where they could go next.

Now, two years after Devouring Ruin, Wake have answered those questions in the form of Thought Form Descent, an album that, in contrast to its title, represents an extension of their current upward trajectory. It must be said first off that those grind elements continue to fade further into the background; this album sees Wake not only build on those post- influences, but also continue to morph their distinctive brand of extreme metal into a more progressive and dynamic form. Alongside hardcore screams, blasting drums and dense death metal, one can encounter such novelties as acoustic guitars, modern metalcore flairs and anthemic lead guitar motifs subtly woven into the tapestry that is the majestic opener “Infinite Inward”. This song is a strong indication of what is to come; as much aggression as Wake offer to listeners, it is fed through a frequently warm, atmospherically and melodically inclined filter that results in a really expansive and unique end product.

As much as I’m sure some of their most change-resistant old-school fans may decry this shift from unbridled abrasiveness to a more rounded approach, it’s important to keep in mind that this new style remains pretty damn aggressive in the grand scheme of things. Wake remain an extreme metal band first and foremost, and offer some bouts of fierce intensity and violence; it’s merely the case that this sound comes within a less brutal and confrontational package. The extent to which the above paragraph hints at the incorporation of softer melodic sounds is exaggerated; a track such as “Mourning Dirge (Repose Of The Dead)” remains ballistic and oppressive, with the only lighter hints coming in the form of brief tremolo veneers.

Still, those occasional moments of more overt melody or emotion do make a very memorable impact when they do arrive, whether it’s the sorrowful guitar pattern hidden beneath blasts across “Observer To Master” or the more show-stealing solo later in this track. “Observer To Master” does hint to me that some members in Wake might harbor a soft spot for a band such as Killswitch Engage, with aspects of this song sounding like melodies from that band thrown through an explosive death metal meatgrinder. Still, the bravest feature introduced on Thought Form Descent is the brief use of cleaner vocals on the record’s extended climatic track “Bleeding Eyes Of The Watcher”, a staggering evolution of their sound that seems to take inspiration from some metalgaze groups in its more melodic moments; of note, the faint cleaner-sung backing vocals give me slight vibes of some of the clean singing on this year’s immense Liminal Rite by Kardashev.

Thought Form Descent sees Wake continuing to grow further away from their humble grindcore roots into more progressive, melodic and evocative waters, while still retaining a frenetic and explosive core. I’m truly blown away to see how this band have evolved and establish a niche that is pretty much their own; their new albums are starting to defy genre, and instead are defined only by their sheer indisputable quality.