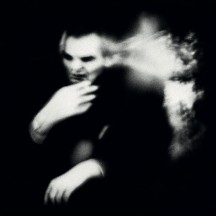 
Rain, torrent, mud, wind and lava. That’s the first track and it’s a good way to describe the whole album.

Mourir are somewhat of a new band from France, founded in 2019. They seem more than eager to show their music to the world, as their debut album was released in the beginning of 2020. But as “new” as the band is, most members have previous experiences in other projects, like the doom metal act Indigo Raven and the sludge/stoner act Drawers. But it’s the past of guitarist/vocalist Olivier Lolmède that serves as a starting point for comparisons, namely his one-man black metal project Vermine and most importantly his work as bassist for the colossal Plebeian Grandstand, which I praised last year. Plebeian Grandstand’s Rien Ne Suffit was an excellent slab of extreme music that evenly combined elements of black metal, mathcore and noise. Mourir tilts the scale, with a well-defined black metal sound that seems familiar while bringing a few modern influences to the table.

Disgrâce plunders your senses with frightful force. Slow, hard-hitting riffs lead the way along with absolutely disgusting vocals, which are one of the highlights of this album. They go from gnarly whispers to demonic growls and throaty howls, as if the band is ready to puke black blood into your ears. The sludge/post-metal elements show themselves through the harsh, hazy and very bassy riffs that constantly morph in a catch-and-release approach. Contrary to what is popular among the kids these days, Mourir doesn’t dive too deep into dissonant waters. This makes the album more approachable, while keeping the sickening atmosphere intact. The riffs (along with the pummeling drumming) are muscular and heavy as all hell, creating a massive wall of sound where it can be difficult to pick apart each instrument. The result is a primal, oppressive and violent album that doesn’t overstay its welcome, clocking in at 38 minutes.

At times it feels like there is not enough room to breathe. This has the unfortunate effect that the songs blend too much into each other, so you don’t remember them all too well by the end. You just remember the vibe that sticks to your skin like tar. The vibe is mighty fierce and unnerving though. So if a never-ending stream of beastly black metal with disturbing vocal delivery sounds like your kind of thing, then by all means dive into this vile hole of despair!