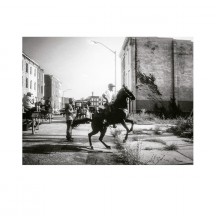 
Pop country is the worst form of music there is. From the Nashville assembly line of the ‘70s to Billy Ray Cyrus’s big achy breaky-through in the ‘90s to the luciferian monstrosities of the modern era, country music in the mainstream has been on an endless downward spiral for decades. Enter Lathe: True American Honkytonk Metal.

Country music once tussled with the blues for the title of the USA’s saltiest, crustiest, and most anti-establishment form of traditional music, strange though it now may seem. While I’m not much of a country listener myself and I’d be misrepresenting the style if I told you that it consisted entirely of crack-saloon proto-punk screeds about shooting down Prohibition agents, it's a genre whose merits demand dignity, and one whose formidable depth would be lost on you if your only exposure to country was glitzy party tunes and soulless bro country. Country can be crestfallen, it can be baleful, and it can be stone-cold, and if you’ll excuse me for inundating you with so much ratchet-jawing before alighting on the point, here it is: the Baltimore trio Lathe recognizes within the strains of old Americana a kind of kinship with certain interpretations of heavy metal, and in drawing the two close, Tongue Of Silver reclaims a bit of magic from the one while restoring a bit of novelty to the other. This is a western album through the eyes of doom, a distortion-laden desert score that chugs like an iron horse.

How this conversion of styles manifests is in an instrumental form of sludge with an unmistakable country twang, courtesty of vibrato-heavy, thunderously picked clean guitar riffs and the distinctive honey-tongued lilt of pedal steel guitar. Organ – used unfortunately sparingly – adds a dated dancehall feel to some tracks; it’s not quite the key-slamming ragtime I’d really love to see applied to a metal context (which would really earn us the honkytonk label), but Lathe’s typically slow, plodding, and fuzz-clouded approach to sludge lends itself more to this funereal church vibe anyway. Although the addition of such unfamiliar instrumentation and songwriting elements to a metal context is certainly a novelty, Lathe take care not to let their debut remain a thing of jest, for the integration of styles is complete enough to allow genuine complement to the atmosphere: the mirage-projecting slow swing of “Heat Wave” and lonesome drive of “Rodeo Fumes” live up to their names marvelously, and the hornet’s nest of “Journey To The East” channels the type of aggression that you feel in outlaw country lyrics and I always want to feel from underpowered acoustic guitars. Google tells me that a 351W is a type of automobile engine, which I suppose is close enough to an accurate description for the song that the designation is appended to: two minutes of eerie bombination that sound like what would happen if The Body finally ran out of living musicians to collaborate with and cut a demo with the corpse of Chet Atkins.

And on that subject, there are a few precedents for Lathe’s old-timey sludge. Huntsmen’s heartland rock-infused doom, explored particularly well on 2018’s American Scrap, seems like a logical predecessor, and I’ve noticed elements of rusty Americana surfacing in the esoteric stoner of In The Company Of Serpents; you might well draw a connection to Panopticon’s bluegrass-adjacent black metal or even Rebel Meets Rebel for a very different interpretation of the “country + metal” formula – and Cambrian, if not others still, beat us to the punch with the steel guitar on their Hawaiian-inspired Mobular (although that was lap steel in their case). But Lathe is noisier, grittier, doomier, angrier – still very committed to the voluminous power of full-steam riffing atmospheres, even when allowing for steely noodling overhead.

Perhaps this isn’t news to stoner fans, who are more familiar with the sun-baked landscapes of desert worlds, but for more mainline doom fans, it’s still something of a revelation that doom can be hot. It doesn’t have to be frozen and bleak and dead: it can be scorching. And bleak. And dead. I’m not going to put any money on Lathe’s chances of becoming a sensation in the world of country music, but their fusion on Tongue Of Silver is a deep and faithful enough one that I wouldn’t be half-surprised to see some metal fans migrating toward Merle Travis in the aftermath. Who knows – if the stars (and stripes) align, Lathe could be the first band ever to play both Wacken and the Grand Ole Opry.