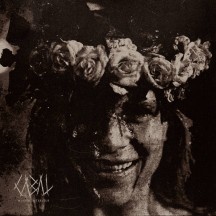 
Caleb will come back for his revenge one day.

Danish deathcore mob Cabal have been slowly and (not so) silently building their reputation as one of the best of a new breed of deathcore bands. While they might not have the profile or hype of a Lorna Shore, Magno Interitus highlights why Cabal should be expecting a similar breakthrough in popularity any day now.

While following in the footsteps of the genre's trailblazers might appear to be an evident folly in 2022, credit is due to Cabal for rising above the noise through perseverance and power; with many of said trailblazers (Whitechapel and Suicide Silence, to name but two) moving away from their roots, Cabal show that this trail isn't the scorched Earth that many believe it to be.

"If I Hang, Let Me Swing" opens the record as a statement of intent, laying the blueprint for what listeners are letting themselves in for. "Insidious" and "Like Vultures" will crush your eardrums, thanks to Kirk's drumming style being a flurry of activity akin to a tornado. The highlights, though, have to be "Blood Af Mit" and "Violent Ends", two tracks that leave an instant and memorable impression upon first listen.

While Cabal may lack a Will Ramos or Will Putney (if Will Smith makes a deathcore album then the Triforce of Wills will be complete, getting breezy with it anyone?) as a central figure the band can build their music around, they instead utilise their tightness as a unit to power through as a tour de force, with Magno Interitus having a clean yet cutting production that emphasizes (in a controlled and balanced manner) the power of the material.

While Magno Interitus has its feet firmly in the more traditional deathcore sound, the band aren't content to merely stand still, with subtle passages and bridges that push boundaries and provide listeners a breath of fresh air. "Blood Af Mit" has a hypnotic industrial-esque breakdown that will immediately leap out of the speakers, while "Existence Ensnared" does similar, but on a smaller scale. For those who like the original style of deathcore, these minor variations will be enough to shake up the formula; those who are fans of the more progressive/experimental side of the genre will likely find it does not go far enough for your tastes.

While Cabal may not be breaking any new ground, they service fans wanting a fix of the classic deathcore sound without sounding generic. Magno Interitus may not go down as a classic of the genre, but it will likely be a solid listen for anyone willing to give it a spin.