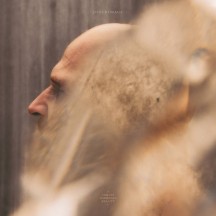 
01. A Storm Approaching
02. All Your Gods Have Gone
03. Age Of Separation
04. Violate Consensus Reality [feat. Colin H. Van Eechkout and Stefanie Mannaerts]
05. Hope
06. Interbeing
07. A Pacifist’s Guide To Violence
08. Towards The Edge


Back around the start of the pandemic, I came across an album that I immediately recognized would be in contention for my 2020 Album Of The Year, only to then find that it wasn’t a 2020 release. Second time around, there’s no such ambiguity; Psychonaut have put out one of the best metal albums of 2022.

Now established on the Pelagic Records roster after joining the label for the 2020 re-release of their 2018 debut album Unfold The God Man, Belgium’s Psychonaut have remained as ambitious as they were on that 70-minute debut; sophomore release Violate Consensus Reality, while over 15 minutes shorter than its predecessor, sees the trio bringing philosophy and spirituality to the fore with its concept narrative. With their presence on The Ocean’s label and their stylistic proximity to the prog/post-metal heavyweights, comparisons to the German collective have been natural, but with only 2 albums, Psychonaut have now already reached a point where they are leaders rather than followers, as Violate Consensus Reality is the kind of mature and emphatic record that up-and-coming bands dream of releasing.

One of my very few qualms with Unfold The God Man was how the lengthy instrumental opening track (“All I Saw As A Huge Monkey”) lacked the impact that the entire rest of the album would make. This time around, the three-piece take a more immediate approach; “A Storm Approaching” features vocals from very early on, and allows the record to make its pitch to new listeners, featuring a fluid, unpredictable ride through beastly riffs, complex rhythms, technical leads, harsh roars and more expansive cleaner singing, all of which nicely culminates with a little build-up and climax in the final minute. The following two tracks exhibit much of these same core traits, although “Age Of Separation” exhibits the first signs of the band’s sound beginning to expand into more spacious environs.

Still, as much as I think this opening trio gets album number 2 off to a more immediately impressive start than its predecessor, I still find that it’s not until track number 4 that the record truly steps up to another level. The title track is the second longest on the album, and features illustrious guests from the Belgian scene in Colin H. Van Eeckhout (Amenra) and Stefanie Mannaerts (Brutus), underlining the increasing local stature of Psychonaut. With Mannaerts’ gentle singing floating amidst a progressively textured backdrop, the opening to this song really sees the band exploring the more atmospheric side of their sound to great effect. A true slow burner, “Violate Consensus Reality” is impeccably paced, always feeling like it’s intensifying without sounding protracted, even as it takes 4 minutes for the first chord or scream in anger. The resulting Dvne-esque lead riffing is all the more impactful for this anticipation, as is the vicious climactic onslaught by CHVE in the closing stages, an emphatic cameo that caps off a masterful composition.

Looking back at my review of Unfold The God Man, there were a few bands aside from The Ocean that I namedropped as references. One of them, Persefone, still feels relevant this time around, first due to the groups’ collective interest in spirituality and man’s place in the universe, but also I feel that the album’s soft melancholic centrepiece “Hope” shows clear similarities to some of the Andorrans’ softer compositions. The delicate singing, piano and clean guitar sounds on this track signal a major shift in the emotional tone of the record, one that is sustained by the sumptuous “Interbeing” (which is followed immediately by a major chance in pace in the form of the mini-juggernaut that is the frenetic “A Pacifist’s Guide To Violence”). Still, the one comparison from that prior review that I feel is perhaps even more relevant on Violate Consensus Reality is Mastodon; on top of the complex drumming on the album, the influence of Mastodon can be heard in a lot of the busier guitar work, never more clearly so than during the extended solo in closing epic “Towards The Edge”, a song that generally has the sound of Blood Mountain and Crack The Skye permeating it.

Still, while allusions to other more established artists can be heard, Violate Consensus Reality is a record that stands tall very much as its own beast, and what a beast it is. From the killer riffs and scintillating leads through to the evocative atmospherics and melodic aspects, this is a record that delivers throughout. The first three songs are perhaps slightly less noteworthy than the subsequent two-thirds of the album, but it’s a negligible difference, and in its best moments, Violate Consensus Reality shines very brightly. There’s been a lot of very good albums this year, but it’s going to be tough for anyone to beat this one.

Written on 31.10.2022 by
musclassia
Hey chief let's talk why not
More reviews by musclassia ››