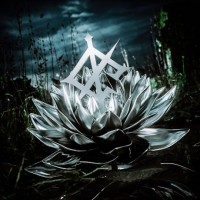 Back when metalcore was peaking as a genre, the mid-tier of the genre was full of bands bubbling under the surface and threatening to break through the glass ceiling to become one of the big hitters. We Came As Romans have long floated around on the periphery, their popularity seemingly tied to their genre, declining as the genre as a whole has receded from the fore of the mainstream. While Darkbloom has moments that will make you question why the band never broke through big, it also feels stale, like a new coat of paint on an old idea.

The band's first effort since Pavone's untimely death, its understandable why We Came As Romans took their time in producing a follow-up to 2017's Cold Like War. While this delay is not to be held against them, it has had the unfortunate side-effect of keeping the band on the sidelines as the genre has evolved and changed in the meantime. We Came As Romans do try and change with the times, but it leads to mixed results.

The increased use of electronic hooks is a simple yet effective change, making tracks like "Blackhole" and the title track sound fresh and vital, no doubt influenced by the producer Drew Falk. "Golden" and "The Anchor" scratch the nostalgia itch and see the band play to their roots; this mix of sounds old and new refreshes their sound without detaching themselves from their prior identity.

Falk's production is clean and vibrant, booming out the speakers when it wants to emphasize the heavy (the riffs on "Doublespeak" and "Plagued"), while also keeping everything balanced and clean. The band's members may not produce any standout moments, but as a unit they produce tracks strong enough to let the music do the talking.

The issue with Darkbloom is the duality that We Came As Romans try to maintain, taking one step forward and evolving their sound, yet also taking two steps back by sticking close to the worn out formula of what made metalcore a success in prior years. "One More Day" and "Promise You" are the obligatory faux-anthemic ballads, while "Daggers" is the heavy track (though with a rap verse added in) that feels stale in 2022; what worked over a decade ago doesn't produce the same results here.

This combination of tracks and styles has had me questioning whether I have merely outgrown the genre or if the band haven't fully adapted to the times. When Darkbloom gets it right, its produces some quality tracks, yet when it stumbles, it feels like a product of times past.

Darkbloom is unlikely to win many plaudits, but it does have a charm and character to it that is no doubt enhanced by nostalgia. We Came As Romans, but you left as a callback to a time past.

Written on 08.11.2022 by
omne metallum
Just because I don't care doesn't mean I'm not listening.
More reviews by omne metallum ››