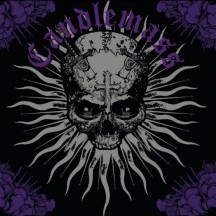 Re-lighting the candles on their reunion with Johan Längqvist on The Door To Doom, Swedish doom masters Candlemass proved the flame still burnt brightly. Facing the more daunting task of adding fuel to the flame is 2022's follow-up Sweet Evil Sun, an album that douses the flames with so much fuel they could single-handedly solve Europe's energy crisis.

Having long proved themselves with a discography that is second only to Black Sabbath in the pantheon of doom metal, it makes you wonder what Candlemass have left to prove. Sweet Evil Sun answers this through a powerful and rapturous ten-track ru through of the kind of doom that sees your neck drop, leaving you staring at your feet as your bones rattle.

Sweet Evil Sun is an album that gets better as it goes on, with the album being back-loaded with its better cuts. While I think the title track is somewhat weak, it is long in the rearview mirror by the end of the record, as Sweet Evil Sun picks up in quality from "Angel Battle" onwards. "Scandinavian Gods" is a track befitting its topic, with its enchanting vocals resting atop hammer strike drums that sound like Lindh is welding Mjǫllnir itself. "Crucified" is a fresh reminder of how the band came to typify the epic doom sound, with its shifting tempos pulling you along by the neck from start to finish.

Björkman and Johansson give Längqvist a run for his money as the center of attention, with their Iommi-worshipping riffage pushing for the MVP status on tracks like "Goddess". Längqvist does however hold his own and then some, with "Goddess" being the highlight of this audio tug-of-war, one that pushes each member of the band to outdo the other to the benefit of the listener.

While not exactly stumbling out the gates, Sweet Evil Sun is slow off the mark (and I don't just mean in tempo) with the opening tandem of "Wizard Of The Vortex" and the title track being somewhat average in comparison to what follows them. The biggest hindrance on Sweet Evil Sun, however, is its production, which is too sterile for the doom of Candlemass, robbing them of the atmosphere that added so much to records like Ancient Dreams. While it isn't a bad production by any means, in fact it would be ideal for many other bands, it just doesn't suit the haunting and foreboding style of tracks like "When Death Sighs". The riffs are clean enough to hear and hang onto every note, but I can't help but think it would be better served by a more analog feel to add that extra dimension.

So what did Candlemass prove with the ten-song powerhouse that was Sweet Evil Sun? It's that while the future is bleak, it's certainly bright for purveyors of doom.

Written on 21.11.2022 by
omne metallum
Just because I don't care doesn't mean I'm not listening.
More reviews by omne metallum ››