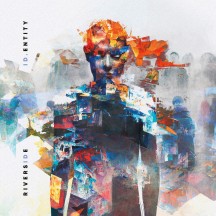 
Among prog fans, few groups hold such pride of place as Riverside; within a genre that many of its detractors criticize for emphasizing style and technicality over substance, the Polish group have consistently produced music teeming with powerful emotion. A recent history beset by tragedy and setbacks has given good reason to further explore emotion and identity, which Riverside have very much done on ID.Entity, a record that looks both back towards their roots and also ever onward.

The early material of Riverside in their first decade as a band lingered on the boundary between prog rock and prog metal, with both tender levity and heaviness used to accentuate the overwhelming atmospheres and melancholic aura within what have come to be recognized as classic modern prog records. The 2010s saw change, first with a gradual shift towards a generally softer writing approach on Shrine Of New Generation Slaves and Love, Fear And The Time Machine, and then more dramatically with the tragic passing of guitarist Piotr Grudziński in 2016 at the young age of 40. The remaining trio took stock before eventually pressing forward with Maciej Meller as a live guitarist, who subsequently become a full member following the release of Wasteland, on which vocalist/bassist Mariusz Duda played guitar. While still featuring plenty of softer material, Wasteland did have a bit of a harder edge to it than Love, Fear And The Time Machine, intriguingly setting the stage for where Riverside would move next now with Meller fully in the mix.

The only advance single for ID.Entity that I listened to was the opening song, “Friend Or Foe?”, and based on it alone, I had a quiet expectation that this new album would end up being an expansion on the softer, simpler, ‘poppier’ songwriting choices that appeared on Love, Fear And The Time Machine. This wouldn’t have been problematic by any means; the 80s synthpop keyboards and electronics on this song are an intriguing element, and the track, while not massively impressing me, is still very pleasant. There are other moments on this album that are in keeping with the prediction I had, most notably the reggae rhythms in passages of “Self-Aware” that, along with some of the song’s guitar work, draw slight parallels to 80s Rush. However, there is one riff in “Friend Or Foe?” that has a bit of bite to it, and it is this riff that ultimately reveals more about what the rest of the record has in store.

Duda spoke in the build-up to the record’s release about how anger and frustration over current events make it harder to write so tenderly about love and friendship, and that this frustration, plus changes in how the group were writing songs, inspired a shift in songwriting focus towards the band’s earlier material. This change becomes immediately apparent on “Landmine Blast”, a glorious early album cut that, between the pulsating bass, the harder riffs, and the very Grudziński-esque atmospheric guitar leads, has so much of Rapid Eye Movement and Anno Domini High Definition about it. Hearing this song for the first time pretty much instantly altered my excitement and expectations for the rest of ID.Entity, and there are frequent passages across the rest of the album that confirm this as the hardest Riverside record since Anno Domini High Definition, most notably the crunching riffing in the closing minutes of “Big Tech Brother”, the bruising metallic nature of “Post-Truth”, and the brooding “I’m Done With You". However, it’s not just heaviness that harkens back to the 2000s; arguably my favourite aspect of Riverside’s music was Grudziński’s beautiful guitar leads, and while Meller is certainly not just rehashing Grudziński’s work, that lead guitar lushness is more present here than on the previous two outings (see the solo in “Post-Truth” for a good example).

Something else that also stands out far more on this album than on ID.Entity than on Wasteland is Duda’s bass; perhaps having to write for both stringed instruments last time out prevented him giving as much attention to the bass arrangements, but this time out, both its place in the mix and his adventurous playing mean that it draws the attention far more, with “Post-Truth” and “Self-Aware” further great examples of this on top of “Landmine Blast”. The funkiness of the bass in “Self-Aware” and its ska/reggae passages is something that sounds great not just due to being a return to a previous period of the band’s history, and ID.Entity is not just great due to serving as an exercise in nostalgia; parallels can arguably be drawn between most of the highlight songs/moments on this album and those found on the first four records, but this still feels like an album reintegrating former strengths from their past into their present and the growth they've undergone in between, rather than one relying on former glories.

Having said all these positives, the unbridled enthusiasm I had for ID.Entity on first listen has nevertheless still been tempered with repeat plays, for a few reasons. The interview I linked earlier mentioned the album being influenced by anger over ‘big tech, populists, corporations...’; the ‘manifesto’ piece for Duda’s current outlook is the 13-minute “The Place Where I Belong”. Now, I’m normally not one to place too much importance on lyrics; hell, most times, I barely acknowledge them. However, when they’re so audible and so central to a track as they are on song, it’s hard to ignore them, particularly when the contents are delivered in such an un-poetic manner, and really, the lyrics of this song are the kind of base, surface-level ‘modern world is bad’ asininity that you would expect from Robb Flynn, not the band that have written lyrics as touching and thoughtful as those on, say, “Left Out” or “Escalator Shrine”.

It would be fine if the surrounding music was exceptional, but considering the almost incomparable brilliance of Riverside’s previous plus-ten-minute songs, “The Place Where I Belong” really is not all that interesting; an acoustic/rock/acoustic structure is the backbone of a song that sounds closer to Porcupine Tree than anything else I can remember the band producing, and while the end solo is pretty nice, the other instrumentation is pretty run-of-the-mill for either Riverside or Porcupine Tree. Although it would be a very short album without it, I feel ID.Entity would possibly be a better one without “The Place Where I Belong”, and given how extraordinary their longest songs have previously been, this is a disappointment. However, it’s not the only gripe I have with this new album; “Big Tech Brother” similarly dabbles with cringe during its opening sample, and I have struggled to particularly gel with the first half of this song, both vocally and instrumentally, along with occasional moments scattered across the rest of the record.

ID.Entity is a really exciting record to hear Riverside coming out with, and gives good signs for a fruitful journey going forwards with Meller on board. There are some really strong songs here; the only slight frustration I have with it is that the aspects of it that hold it back from being as great as I want it to be are quite glaring, but despite this, ID.Entity has pleasantly exceeded my expectations and reinvigorated my excitement for the band.

Written on 22.01.2023 by
musclassia
Hey chief let's talk why not
More reviews by musclassia ››