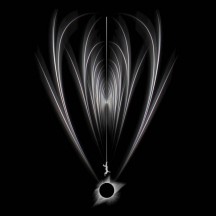 
Monarch represents the end of one musical journey, comprising the final recordings and writings featuring former bassist Ronan Connor, who passed away in 2021; what happens next to Raum Kingdom as whole remains to be seen, but this album is fitting conclusion to a musical collaboration cut untimely short.

When I saw the name Raum Kingdom pop up in the promo pool, I was intriguing to return to a band that I’d first discovered back in 2015 with their self-titled EP and subsequent contribution to a split with All We Expected. After that point, the Irish post-metal outfit fell off my radar up until this month, meaning that I not only missed the news of Connor’s passing, but also the release of their debut full-length record in 2018, Everything & Nothing. Therefore, Monarch represents my first encounter with Raum Kingdom’s music since those initial recordings, and offers an opportunity to discover how they’ve grown in the intervening years.

My memories of Raum Kingdom and the All We Expected split were of a band with promise, but one clearly operating within fairly rigid genre confines (well, that, and also of them featuring a long sample from Black Mirror in one of the tracks on the EP). Perhaps the most intriguing aspect of their post-metal sound was the clean vocals, the soft, understated nature of which could remind at different times of CHVE from Amenra and Maynard Keenan from Tool. Having now listened to Monarch a few times, it is again the clean vocals that I’ve found to be the most memorable aspect, but curiously enough, it is a different singer that I find myself locked into comparison with this time around.

There’s been no change in vocalist here, with founding singer Dave Lee still very much here, so some more tender honey-sweet cleans akin to Keenan’s signature voice are present here. What stands out more to me are the more nasal moments that bear more than a passing resemblance to Layne Staley’s iconic eerie tone. Perhaps this will be a comparison that I end up alone in hearing, but the bluesy rhythm underpinning, and anguished vocals in the chorus of, “Swallowtail”, compels me to look in the direction of Alice In Chains as an assumed influence on the writing of this record, and I can say the same for the chorus of “Pieris”. It’s not a defining feature of Monarch by any means, and again it’s possible it’s a comparison that I will be the only one to make, but this new approach does represent the kind of musical expansion necessary to help Raum Kingdom become notable within the post-metal crowd.

It's not just grunge that can be detected in the sonic fabric of Monarch, however. The heaviness here, in contrast to on Raum Kingdom, feels grimmer and meaner, running closer to sludge and hardcore at times than the almost blackened, Redwood Hill-esque nature of the ominous guitars of yesteryear. There’s a bludgeoning trudginess to the closing crawl of “Red Admiral”. “Hairstreak”, which emphasizes the softer side of Raum Kingdom during its early minutes, also moves in an intense procession towards its conclusion, but includes an intriguing guitar solo in its final moments that adds a distinct flavour. The band are very effective in high-volume situations on Monarch, but in addition to the topic of the previous paragraph, the clean moments do have their chances to shine in other ways; a typically bleak “Comma” builds between explosive outbursts in usual post-metal fashion, but the intensifying vocal melodies do add a fitting sense of urgency to said build, and the back and forth between singing and screaming in this track’s final climax is an impactful one. Another memorable feature is the oscillating lead guitar motif midway through “Gate Keeper”, which works synergistically with the sung passage it’s paired with.

In spite of the case I’ve made above for the development of Raum Kingdom, I don’t think it would be unfair on the band to say that they’re still very much a product of a genre, and one that hasn’t quite progressed to the level where they stand out in the way that the most remarkable bands in the scene manage. Monarch is a record with solid ideas and good flow between and within tracks, but it lacks the really impactful moments or songs to inspire me to exalt or revisit it. Still, it’s a very respectable and enjoyable record while it lasts, and has enough personality and differentiating moments to suggest that Raum Kingdom can continue to grow in stature. It’s tragic that Connor won’t have the opportunity to see whether this comes to fruition, and it's unclear from this statement in the album promotional spiel whether the remaining members plan to continue on in the wake of this tragedy: “After the sudden and sad passing of bass player Ronan Connor in March 2021, Raum Kingdom wanted to release their last recordings and writings in respect for Ronan’s memory”. If they do, however, I will be keeping a keener eye to make sure I don’t miss out on any future releases.

Written on 25.01.2023 by
musclassia
Hey chief let's talk why not
More reviews by musclassia ››