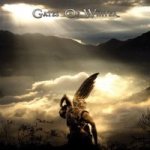 
Gates Of Winter are an inspired group of young Canadians playing the music they like and presenting it in a very professional manner. "Lux Aeterna" officially released the first day of the year, is the band's first full-length release after testing the water with a demo back in 2005.

These Canadians play a symphonic form of metal with lots of keyboards and layers of compositions but as well as clean vocals we have the addition of some more extreme, growling vocals from time to time. It would not be misguiding to call this progressive metal, although it is not exactly the most progressive, innovative or complex music to have been born into the world. Gates Of Winter are not afraid of using the double bass drums either, which is one of the main plus-points to this effort.

Opening track "Life Force Rapture" is the longest of the album but seemingly passes by without any true highlight. The "Burning Kingdom" trilogy of tracks keeps the steady pace of the album going, and the more extreme vocals work well here, accompanied by clean female vocals throughout the trilogy. Keyboards and the whole general feel are a little unoriginal in some places, but also shine in pleasant doses in others, nice guitar solo and slightly progressive touches prevent the track and whole theme and sound of the album from becoming anything less than great.

This is music that you can sing along with, it is also music you can headbang to in many places and also music you can sit back and appreciate as the symphonies paint a picture of some enchanted lands. There is no doubt that "Lux Aeterna" can appeal to a large audience and deliver the goods where each area they cover is concerned. "The Wildwood Pariah" is the slower, acoustic ballad type, whereas "Winter Flight" and "From The Flesh" has oodles of double bass galloping and great guitars with tons of melody. This is not dissimilar to Amon Amarth if they were to use clean vocals, keyboards and symphonies and a touch of progressive thinking - it is easily enjoyable material for a number of reasons previously mentioned.

From a relatively young band aged between twenty-two and twenty-four this is highly impressive material. "Lux Aeterna" is very cleanly produced allowing every element of the music to project onto the audience how they were intended to be. Gates Of Winter currently have no label but I would anticipate this not to be the case after some important ears hear this full-length.

Recommended to anyone that has an interest in symphonic, epic metal with spice and aggression in healthy doses. Gates Of Winter could be Canada's next sensation, keep an eye out for these young prodigies.