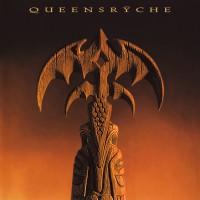 
"Promised Land" is arguably Queensrÿche's most progressive release. Both "Warning" and "Rage For The Order" are more adequately described as sophisticated US power metal while "Operation: Mindcrime" is simply sophisticated heavy metal. And "Empire" is, well whatever it is, you bet it's sophisticated as well.

Musically, "Promised Land" is still not as far removed from Queensrÿche's early work as for instance "Hear In The New Frontier". The production is more or less the same as on "Empire" and the conceptual leanings are still present and intact. The overall tone is, however, much darker. That is not saying that Queensrÿche have gotten heavier, quite the opposite as "Promised Land" is every bit as accessible as "Empire". The difference is best explained when taking in account the band members themselves during the recording sessions. Up to "Empire" they still a bunch of energetic revolutionaries bound to change the world. "Promised Land" showcases a matured yet weary and tired band (read the liner notes!) which explains the moody atmosphere of the album.

Now if a Pink Floydian space rock feel is not enough to mark an album as progressive the abundance of ideas surely is. Not only is the musicianship good, but the band also experiments with a number of new instruments, effects and samples. "I Am I" has great oriental feel due to the sitar while the saxophone parts in the 8 minute title track feel dead on. A special mention goes to the closing "Someone Else?", which is one of Queensrÿche's best ballads. It starts of similar to Black Sabbath's "When Death Calls" but then follows a more gentle path without ever losing impact.

Even if "Promised Land" does not have the same dazzling effect the band's previous albums have, it's not because it is any worse. It just succeeds at what it's doing. The reissue has four bonus tracks including "Real World" from the Last Action Hero soundtrack and a full band version of "Someone Else?" that is arguably even better than the original album version.
Written by DayFly | 26.02.2009