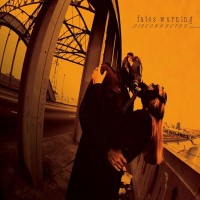 
Recently, I (re)discovered Fates Warning : Disconnected. Well, let's see… It's the follower album of their 1997 outstanding-landmark release A Pleasant Shade of Gray. Disconnected was one of these albums I didn't listen so much. Actually it was hidden somewhere in the pile, waiting patiently its turn. But the time has come (at least, I think so!) to give it some more attention, and write down my thoughts…

The album consists of 7 tracks (intro & outro songs are instrumentals), so here we go: 5 actual songs. The instrumental tracks are important because they have the same phrase, firstly as a hypothesis and finally as a conclusion. Of course they're related directly with the cover artwork, which depicts a couple embracing each other (but with gas masks - disconnected!).

The album starts with a penetrating guitar sound, repeating throughout the first track (also some sound samples here). There are some nice guitar riffs (in the second track especially), the vocalist fits perfectly with the melodies. The song types vary (catchy up-tempo Fates Warning songs & also slower rhythms). The sound samples that were used could be described as futuristic (like the ones we find in a sci-fi space movie!). Except that the guitar explodes & the drums start to blast like the storm after a calm period. The "space" sound samples are mixed with fine keyboard melodies (Kevin Moore), alongside with the guitars. I really enjoyed the drums (Mark Zonder), quite remarkable job - powerful and with precision. Some parts are technical, atmospheric & with darker elements, the rhythm is like a psalm (fifth track), continuous, repetitive. It softens though in the chorus. Another interesting thing the band used is the distortion of the vocals, leading to an unexpectedly nice result. Finally, an other aspect of this album can be traced in the outro song that contains a sampled short dialogue "Love overcometh all things". (It was based on a quite strange story I'd say!).

For those who are into progressive metal, this album has many things to discover in my opinion. Of course it's a little bit inaccessible, but it needs your attention to grow inside you. Not their best release, but a typical Fates Warning album.