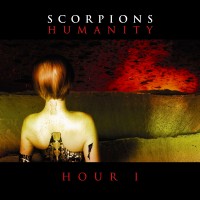 
Hannover's Scorpions have had a long and prolific hard-rock career with 17 studio albums to show for it and above all, a cult following to this day. Among their extended discography, one album in particular got my attention lately, even though I am far from being a fan of theirs. Humanity - Hour 1 released in 2007 has a distinct sound that sets it aside from the rest. Hard-rock yes, but with a slightly different radio vibe that might not please the die-hard fans, this album might just turn your attention to the German phenomenon that is Scorpions for the first time.

Everybody knows Klaus Meine's voice is unique and emotionally charged from previous killer ballads like "Born To Touch Your Feelings", "Holiday", "Still Loving You" and so many more. There is fantastic chemistry between Rudolph Schencker and Matthias Jabs on guitars. The duo of Paweł Mąciwoda on bass and James Kottak on drums is not far behind. So when this is applied to a concept album with a distinctive sound, you get one of the most memorable hard-rock albums of the decade. Overall this album is more thoughtful, more carefully crafted than usual. Atmospheres and pauses seem to get a more important role than shredding and rocking. The concept by the way is civil war between humankind and androids and the whole idea is that the only hope for us to vanquish is to embrace the humanity of mankind. Apparently, renowned musician Desmond Child is behind most of the song writing and the concept itself.

The main drawback of Humanity - Hour 1 is its short running time. I would have loved to hear a couple more lengthy tracks to close the album. On the plus side, its briefness makes it a nice little unit of feel good hard-rock, easy to pop in and enjoy without having to plan your evening around it.

Whenever you feel like a refresher of smart hard-rock, put on Humanity - Hour 1, relax and do your favourite thing. Plenty of rocking, but above plenty of atmospheres and fantastic tunes await you.

Written on 22.09.2010 by
Dream Taster
Bringing you reviews of quality music and interesting questions such as: