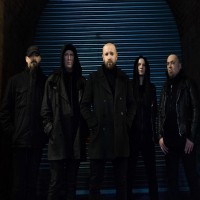 Paradise Lost have officially announced on their Facebook page that they are currently in the studio recording their new album, following 2015's highly acclaimed The Plague Within. According to their status update, they are working with Jaime Gomez Arellano (producer of The Plague Within, as well as Ghost's Opus Eponymous, Cathedral's The Last Spire and Fen's Winter, just to name a few) at the freshly revamped Orgone Studios.

The band does not reveal any other details, but the record will be released via Nuclear Blast, after Paradise Lost signed with the label last year. It will also be their first studio effort with new drummer Waltteri Väyrynen, who has replaced Adrian Erlandsson.

The legendary British metal act celebrated its 29th birthday on March 26th this year and they have a few live dates planned for 2017. Hoping that they might play some of the new material, check out the full list of shows below: